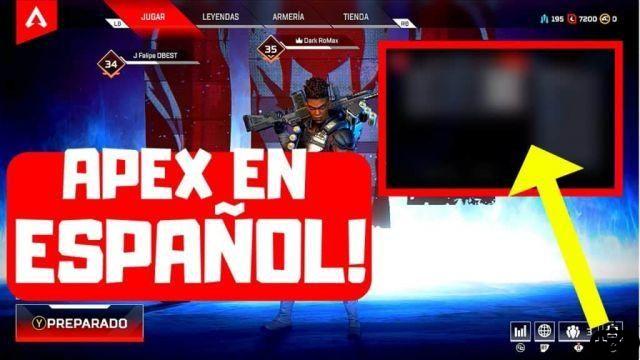 Many games have titles in English that can be translated into Spanish, with a certain limit. Like in the movies, the translation may sound a little off or not engage. Today we are going to show you what it means Apex Legends in from Spain. Two-word titles in Spanish don't usually work, and that's a fact. It is precisely for this reason that most games do not usually translate their titles into a Spanish version, and opt for the fact that we learn to refer to their games by their original name.

What does Apex Legends mean in Spanish

The name Apex Legends is more related to the history of the game than an actual word. In truth, if you translate Apex Legends with Google Translate, it throws you that it has the name ¨Legends of the Apex¨, which is quite wrong. In case you didn't know, Apex Legends is something of a sequel to the Titanfall games. The events occur after wars in this game, which end up turning the planet into another battlefield.

In this cosmos, the Apex Games take place, organized by Kuben Blisk, a war veteran who brings together the legends of these lands to battle and suppress each other. So, Apex Legends translates to The Legends of Apex, where Apex is the games organized by a war veteran as a form of fun in the cosmos of Titanfall. If we consider that this is a civilization that is being formed after the war, the term can be somewhat macabre, but the game is entertaining, so it is better not to dwell on it.

What does Bromance mean in PubG Mobile ❯