What are Bots in PubG Mobile 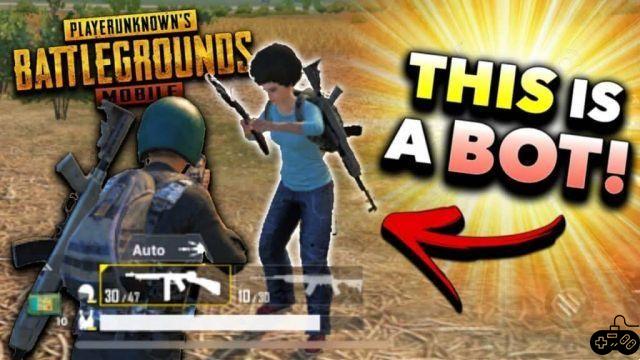 If you are new to PUBG Mobile, you will have heard the term bot quite a lot. In this article we are going to teach you what bots are in PUBG Mobile, what the term means, where it derives from and why they appear from time to time.

In most shooters there are bots, which are something like automatically controlled characters that you can train for real challenges. In games like CoD, CS and any other shooter, most of the time there are bots. And the thing is, if you've played any video game with a campaign, you've probably come across bots along the way, without realizing it. GTA V, despite not being multiplayer, is full of these computers that go along with you.

What are Bots in PubG Mobile

In short, bots in console games are characters controlled by the computer, and they follow a set of established patterns. In certain cases they are controlled by Artificial Intelligence, which is usually quite effective in this regard. The drawback with PUBG Mobile bots is that there are just too many of them. But this has a reason. And it is that, in the perfect ranked mode, it is simple enough to get out of Bronze and Silver, so that any player stays there.

Competitiveness is, literally, zero. There are no players crafty enough for you to get stuck in this league. Consequently, by not being able to match you with any real players of your rank, the game goes into bot rooms that you can easily remove.


And this is how each and every one of the PUBG Mobile bots are found in the first leagues, fighting against new players or those who have not entered the game for a while. If you are new, it is likely that you will have to fight against several of them, but don't worry, you will rank up quite quickly.

What are MS in PubG Mobile ❯

add a comment of What are Bots in PubG Mobile