Well, the Among Us do not have Arms 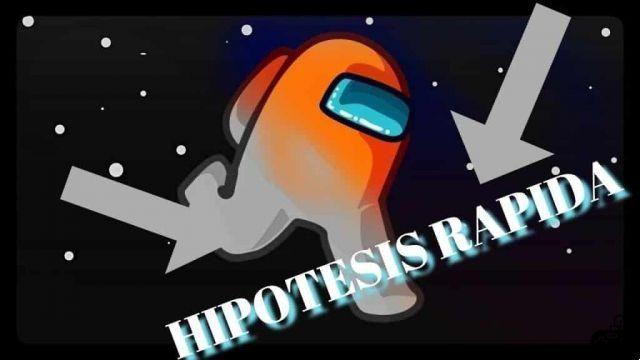 Since among us was released, the public and its frequent players have seen little by little stories around it and hundreds of questions come out of it. What species are each of the crew members? Why is there a faker? Is there going to be a second part?, etc, etc etc… These are one of the many questions that we can read in discussion forums specialized or in the comments of most of the youtube videos, which feature this fantastic simpler game.

One of the questions that the community asks the most is:Because the among us have no arms? And as simple as this question may seem, it has drawn an entire community that wants to know and know the background of among us.

First, we will solve several questions that we believe are the foundation, so that we can answer the big question: Because of the fact that the Among Us it has no arms.

FUNDAMENTAL: Discover How to be a Hacker in Among Usthe

What are the crew?

One of the big questions of each and every one of the players, are the crew human? since theoretically we could say that they are human beings with astronaut suits that come to one to inspect the reason for its abandonment. That's when the role of the faker comes in, who is not a human, but rather, a being from another race who camouflages himself by taking the form of a human.

The game's author company has never clarified this theory and simply continues to nurture the countless theories around it. Nor has he published an official lore in which he tells the story of each of his characters. This is one of the company's great debts, which will probably be answered after a while.


So the among us don't have arms?

By logically answering the preceding question, we can fully understand the enormous question of this blog post. Do among us characters have arms or not? And the rational answer would be yes, it would simply be necessary to see that each person uses her tool bag to carry out each and every one of the tasks in each and every game.

We could say that they simply do not show their arms simply because of the design of the exact same characters. In preceding days, the authors of the game They published a tweet laughing at the many questions from the community, and in turn, showing a design of the crew with full arms. And honestly, we're glad they don't have them in the game! Since, aesthetically they are not really pretty to say...

Answered this, it means that each and every one of the characters that we see in the game, like their many myths, or forbidden characters are they human? Clearly, the answer is no. We simply talk about the crew members who enter the ship, when we talk about other external characters, each of them has a story and theories designed by the community.

We hope that with this article we have answered this question that has been worrying the community for quite some time. We invite you to continue reading our articles, where we will answer very similar questions, like, we will answer each and every one of the doubts related to the cosmos of Among us and many other games.

add a comment of Well, the Among Us do not have Arms