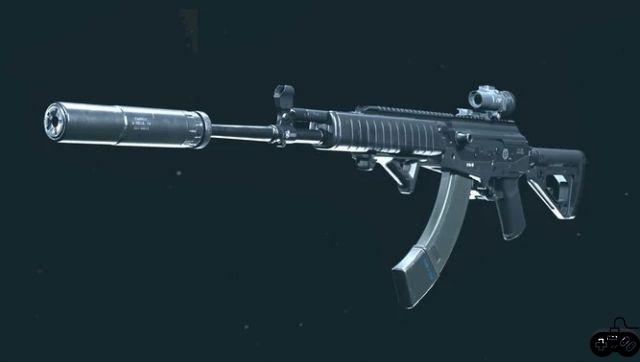 A new season in Call of Duty: Warzone means a lot of things; new weapons, new POIs, a new battle pass to discover, new game modes to explore and master, and new events to manage.

These changes mean that your previously trusted gear is probably no longer working at its best and with this being a new season, the best thing to do at the start is to learn which weapons are the most powerful in their class.

To help you out, we've broken down each weapon into its weapon class and categorized each one into a tier list. This is the Assault Rifle tier list, which is very interesting this season as it includes one of the newest weapons in the game – the C58.

Let's get in there.

Assault Rifles are all-purpose weapons and the most widely used class in the game, and depending on the attachments and load used, they can be designed for a multitude of uses.

There are 21 assault rifles in Warzone Season 4, here they are ranked from best to worst.

The CR-56 AMAX was the undisputed king of Verdansk but that is about to change and we now consider the XM4 as the most powerful pistol in all of Verdansk, the latter of which received a buff to his Neck Damage multiplayer.

We can't quite bring ourselves to take the CR-56 AMAX out of the S-Tier, though more changes are expected in a "Massive Balance Overhaul" which is expected to take place mid-season. Watch this place.

The Krig 6 established itself as a high quality assault rifle. (Photo: Activision Blizzard)

The most drastic changes from Season 3 Reloaded to Season 4 are Tier A and Tier B rifles with numbers going up and out.

The guns listed above are all capable of dominating the lobby, especially with the right loadout, with the 5,56 et War 6 the most powerful of the lot

Get the right accessories for the M13 and you can still come out on top. (Photo: Activision Blizzard)

B-Tier assault rifles, new entries include the Cart which is the most heavily buffed weapon and is now one of the most destructive Assault Rifles that excels at close to medium range.

The AN-94 is not the most reliable primary weapon. (Photo: Activision Blizzard)

A new entry in the C-Tier is the FN-Scar 17 aka Assault Rifle Golf, the subject of two buffs with increased neck and upper torso damage modifiers, making it a much deadlier offering.

Truly the worst of the worst. We couldn't be clearer, don't try to play your typical assault rifle playstyle if you only end up with these guns. Go for an SMG, Sniper Rifle, or LMG and try to tackle Versdansk differently if needed.

The only redeemable weapon here is the Oden and that is saying something.

Don't agree with our list? We don't care. Why not check out our SMG as well as our sniper rifle tier list to be more disappointed.

Warzone Pacific servers down? How to check server status

Warzone End of Verdansk event: date, time and what to expect