The Best PubG Mobile Player on the Planet 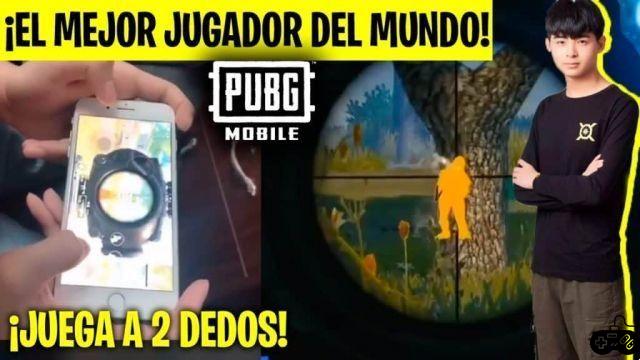 PUBG Mobile It is a game to which people spend hours and hours every day. In the same way that there are casual players who don't usually take it very seriously, there are professional people who dedicate themselves to being better at the game and optimizing their skills. In this article you will see who is the best player on the planet of PUBG Mobile. Apart from a selection of those who dedicate themselves so much that it would be impossible to beat them unless you are a competitive player.

The Best PubG Mobile Player on the Planet

eSports are an entertainment genre that in recent times have begun to displace many people. And when fun moves people, there are also quite a few movements of money. So today, you can aspire to be a professional player in the same way that you can want to be a footballer. And it is that the PUBG Mobile championships are one of the biggest events in the gaming community. They bring together the best players on the planet, who come to be sponsored by technology corporations.

Currently, the best PUBG Mobile player on the planet is not well defined. Always and in all circumstances, new stars sprout that triumph for three months and then disappear. However, we can speak well of the player Jonathan. His name is Jonathan Amaral and today he is the number 1 player in the Indian league, which is identified as one of the most competitive on the planet. He has helped his team, as the role of MVP, win prizes ranging from US$57k to US$18k.


Other players that we can mention, also participating in the Indian league, are Tanmay Sc0ut Singh and Naman Mortal Mathur. The first was one of the pioneers of using more than two fingers on the mobile screen, and the second has a strategic ability that has guided his team to victory multiple times.