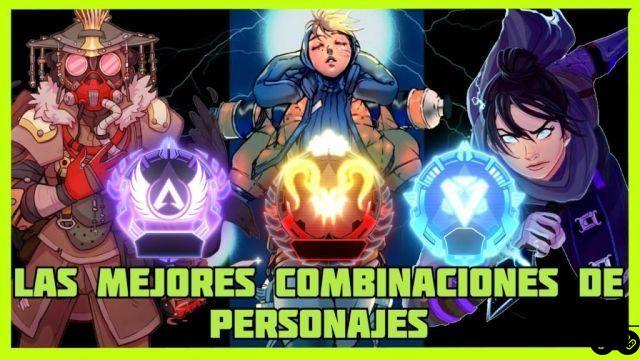 Apex Legends It has a number of characters. In truth, you can choose from a set of two legends, each with vastly different abilities and unique gameplay to make the most of. If you are looking for the best characters of Apex Legendsthen this article may be for you. Here we will detail the reasons why they are considered the best weapons to play.

First keep in mind that the statistics, such as the abilities of the characters change from time to time. For this reason, today they may be the best, but then they may get a nerf that makes them one of the least usable.

In the top 1 we have Bloodhound. This character has already been at the top for a long time. And he's not broken enough to need to be nerfed, but he's not bad enough not to use it either.

His abilities are a selection of tracking mechanics that, mixed with the closed environments that the game offers, apart from the labyrinths that they usually are, can cause you to win a game.

In the top two is Gibraltar. This is a protective character whose abilities make him a human shield. Until then, all that remains is for you to learn how to use it and know when to take advantage of the unique mechanics it offers.

In the top three we have Wraith. She is a kind of magician with great powers. One of them lets you literally disappear from the game, going into what they call the void. His passive ability tells you when you are going to be attacked, and the final one lets you use a fairly fast means of transport, through portals.


Without a doubt, these are three characters that you must unlock. If you already did, don't wait any longer and start using them. Remember that in Apex You depend not only on your weapons, but also on your ability to take advantage of the abilities of your characters.

add a comment of The Best Apex Legends Characters