Test which Apex Legends Character you are 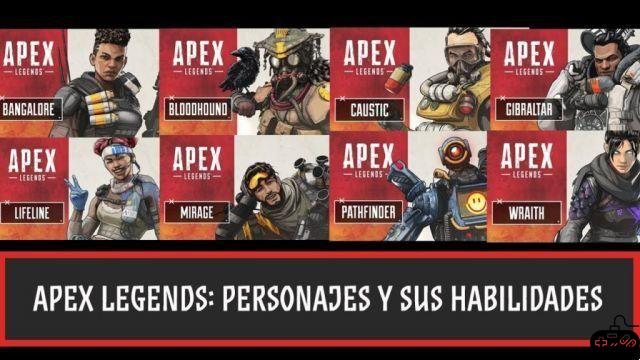 There are quite a few tests on the Internet, and recently those of the type "which character in a game are you" have become a trend. In this article we are going to talk about the test of which character of Apex Legends you are, and where you can achieve it. In general, the tests are quite simple to do, but it all depends on how much you know about programming. Although you can do them with certain applications, but it is not exactly the same.

The operation, in the end, is quite easy. You only need to answer certain questions and depending on what you have answered, you are equated with one of the legends. To be honest, it would be a bit strange if you got Revenant, or Ash. In truth, it would be somewhat alarming if you were touched by certain humanoid robots, in general.

Test which Apex Legends Character you are

All tests are free and you can easily find them online. As we have told you, they can be done simply with any type of application, so it is not a surprise that several are circulating around.

Now, the downside is locating one that is absolutely up to date. Recently, a new Legend Story was added, but it could not appear in a test made three years ago. Unfortunately, we have not been able to achieve a more up-to-date one than the one that appears in this link. This was created less than 1 year ago, and brings most of the legends that we see in the game.

Among the questions are quite common, such as what is your favorite color. Then, they will ask you which weapon you would choose from a rather extensive selection. So what would you put on your face and finally what would be your attack. At the end, they will ask you for your name so that you can see your result. The truth is, it is not a very elaborate test that we affirm, but since it is the most up-to-date there was, we have chosen to show it.

add a comment of Test which Apex Legends Character you are