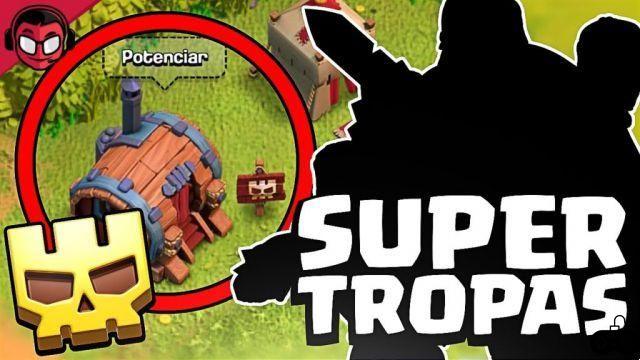 En Clash of Clans you can find a huge variety of troops, focused on different stages of combat. To give an example, troops that only attack ground opponents, others that only target aerial opponents and those that focus on both types of opponent.

But in these categories we can find the super troops. Super Troops are an upgrade to the normal troops that Supercell implemented to give him greater plurality in the Clash of Clans at the moment of attacking, thus preventing the attacks from becoming very repetitive and there being different strategies.

The super troops It is a buff that your troops receive, which gives them unique abilities for a certain time. At the end of this time your troops will have a seven-day cooldown, in which you will not be able to use them, but you will be able to buff other units instead. It is for this reason that it is necessary to carry out a more complete strategy and not so focused on spending the best units in an instant. Due to the fact that you will not have the ability to make better attacks throughout the time that your troops are on cooldown.

Currently the list of super troops in clash of clans continues to expand, so don't be surprised that when reading this article there are already new units. But while here we are going to show you the current super troops.

These changes have given the game a huge breather and have fed strategies to its competitive version, so we think there will be clash of clans for a long time.

add a comment of Super Troops Clash of Clans