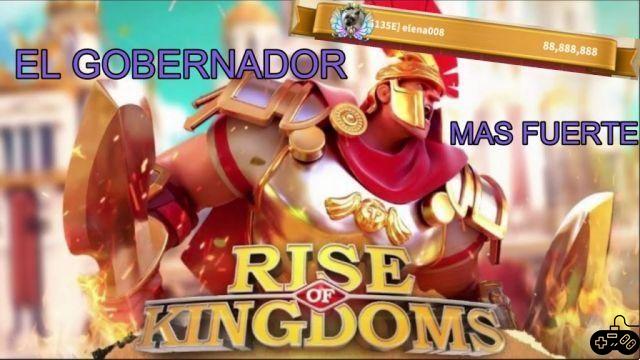 Rise of Kingdoms is a game that, like many others, sometimes requires certain events to sustain the interest of the players. In such a case, we find ourselves with The Strongest Ruler, and in the article we are going to talk about its structure and stages.

It is a cooperation that seeks to increase the number of new players of Rise of Kingdoms. As in each and every one of the games, especially on mobile, there is a kind of meeting with a series or something that is trending, to capture that audience. The event is accompanied by a KvK, which is structured in three stages, just like in all of life. As we know, these events tend to last a bit of time, so you have a lot of time to learn about it.

In stage one you will have to defeat Marauders, especially Wildlings. This is the best time to get as many points as you can, due to the fact that it is what abounds here. Make sure you are prepared and save action points. In the second stage comes a bit of action. You will have to train your troops to battle. This is where the production building upgrades slow down a bit, and you focus on thriving troops, their damage output, and strategizing.

Finally, there is stage three, in which each and every one of the rulers face each other to become the strongest. This is where you will see the results of everything you planned in advance, so be careful in the preceding stages, so that nothing catches you off guard.

Some advice that we can give you is that you focus on increasing the capacity of the rally, expanding the space of the castle. In addition to this, you can choose expert savage commanders, who will help you complete the tasks of the first and second stages considerably faster.

add a comment of Strongest Ruler Rise of Kingdoms Stages