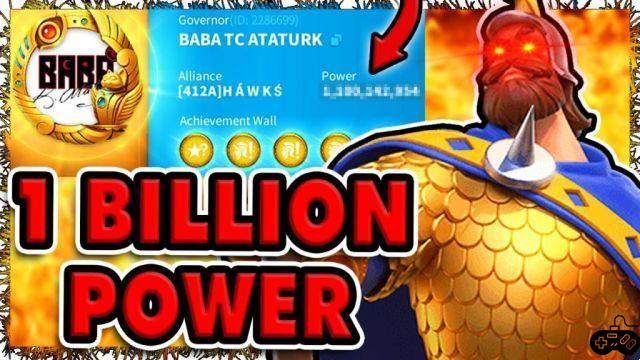 Rise of Kingdoms is a management game in which you lead your nation, collect materials and improve structures, with the purpose of transforming yourself into a stable and developed kingdom. In the middle of all this, there is the best Rise of Kingdoms player, which we are going to talk about today.

First, keep in mind that to define a player as good, you must first define what things they will value. Rise of Kingdoms it's a game where no matter what things you have or upgrades, commanders and even resources, everything can be destroyed if you make a wrong step. It is a complex game in which different variables must be estimated. And you could even determine it thanks to the results in the KvK, but it is somewhat complicated to assess.

The best Rise of Kingdoms player

So in this evaluation we only take into account a player's ability to make a mess of everything in front of him, with whatever is at hand. By the fact that the best player is not defined by the things he has, but rather the things he has and what he does with them.

Today the best Rise of Kingdoms player is Baba. He is about a player who spent millions of US dollars on the game. This person can have anything he wants in the game, as you have seen. Actually, there is an interview that the people behind Rise of Kingdoms have done to him. He is an entrepreneur who has spent part of his money in the game, and today the least he does is farm.

Nowadays he is the strongest player in the game, and he is only dedicated to collecting resources in the events. He pretty much does everything he does from the bundles he's bought, which gave him something like unlimited resources.

The Best PubG Mobile Player on the Planet ❯

add a comment of Rise of Kingdoms Best Player