Release time Biomutant, when is the game coming out?

Author and references
Our articles on Biomutant 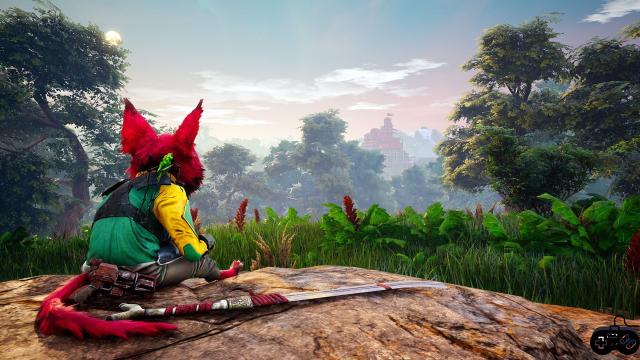 Release time Biomutant, when is the game coming out? When will Biomutant be available on all platforms?

A brand new Action-RPG will be released in a few days, mixing mutant powers and bionic technologies. It is Biomutant, and is scheduled for release on May 25th ! The game will be available on most platforms: PC, PS4 and Xbox One and playable on PS5 and Xbox Series X/S.

To play the game, however, you will have to wait several hours on May 25. Indeed, its release is only planned from 19 p.m. French time on PC and 16 hours on consoles.

When is Biomutant coming out on PS4 and Xbox One?

It is from May 25th that it will be possible to discover the post-apocalyptic universe of Biomutant! However, it won't be available from midnight like most console and PC games, but from 16 p.m. only as announced by THQ Nordic on Twitter.

As a reminder, the game is available for 59,99 euros on PS4 and Xbox One and if you pre-order the game, you can get the Mercenary class as a pre-order bonus.

What time is Biomutant released on PC?

As for the players who will want to enjoy the game on PC thanks to Origin, Steam, Epic Games Store or GOG, you will have to wait a little longer than console users since the game will be released at 19 p.m. as announced it THQ Nordic. It will therefore be necessary to wait until the evening to be able to take advantage of it, on the available platforms.

eFootball PES 2021: Technical gestures, how to perform them?

ATLAS: Guide to crafting the game of Pirate

Biomutant mutations, how does it work?

add a comment of Release time Biomutant, when is the game coming out?