Pokémon Legends: Will Arceus be multiplayer?

Author and references
Pokémon Legends: Arceus is set to release on January 28 for Nintendo Switch, developed to provide an open-world experience unlike any Pokémon games released in the past. The game is available for pre-loading and players who pre-order the game will receive Hisuian Growlithe Kimono through the Mystery Gifts feature.

With the open-world concept it brings to the game, many players are wondering if Pokémon Legends: Arceus will feature multiplayer. Well, here is the answer to your question.

According to the gameplay that Pokémon Legends: Arceus is supposed to offer, the developers can implement multiplayer but in a limited way. According to the various leaks available, it is unlikely that you will be able to fight with or against other players.

However, according to the official story details, you will be able to trade your Pokémon with other players at Trading Posts in Jubilife Village.

“As well as the Galaxy Team Headquarters and your own accommodations, Jubilife Village offers a range of useful institutions and services, such as the Trading Post, where you can trade Pokémon with other players,” says the official press release.

However, the problem is that this feature will not be available for all players and to be able to trade Pokemon you will need to have a paid Nintendo Switch Online membership which costs $3,99 for one month, $7,99 for three months and $19,99 for twelve months.

Pokémon @Pokémon Want a preview of what your adventure in the Hisui region will look like, Trainers? 🤩 Check out this new gameplay preview ahead of the release of #PokemonLegendsArceus on Friday, January 28! 👀 🎮 📺 https://t.co/V0PWgR503C https://t.co/fxP0R7IylZ 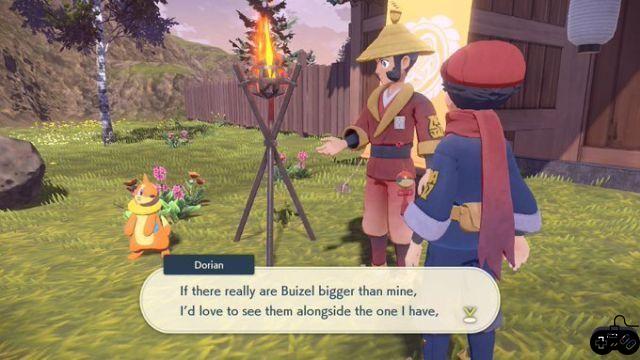 However, we'll know all the details when the game officially releases, and who knows Nintendo might introduce more multiplayer features to Pokémon Legends: Arceus.

Be sure to check out and follow our dedicated Pokémon section to stay up to date with the latest Pokémon Legends: Arceus news, guides, leaks, updates, announcements, and more.

Pokémon UNITE: How to change your username on mobile, Switch ❯

add a comment of Pokémon Legends: Will Arceus be multiplayer?