The Power Plant event is the final seasonal event, which requires trainers to catch Pokemon to progress towards unlocking the final gate mechanism. However, disgruntled trainers expressed frustration with developer Niantic for a "boring" and "lazy" event with few offers to rave about.

Posted on the Pokémon GO subreddit, a disgruntled trainer expressed frustration with the lack of features, rewards, and more in the ongoing Power Plant event. The trainer slammed developer Niantic for its lackluster offerings for the latest event.

“No new timed research. No new special search. No collection challenge. No event bonuses. Just a new spawn and its evolved form. And it goes on for another 12 days,” commented user Miserable_Waterfall on a Reddit post. “Don't get me wrong, Helioptile is great. But did I miss something? Or is this the laziest PoGo event in history? »

Admittedly, Helioptile (and its evolution, Heliolisk) is one of the best additions that arrived in the Power Plant event; however, that leaves very little to be excited about. Another Pokémon GO agreed with the comments, adding their review of the developer, "Niantic has been lazy since the beginning of time."

Other trainers expressed similar dissatisfaction with the Power Plant event, mainly because the event did not feature the region's most iconic Pokémon, the Electric/Flying Zapdos. “Kanto Power Plant event without Zapdos? Definitely lazy! one coach wrote.

A trainer commented on the slower pace of recent Pokémon GO events, citing that too many can make the game experience quite tedious. "Sometimes it's good for the game to relax a bit. Too many high-paced events can also make it boring. It's nice to see a slow pace for a change,” user NaujQF wrote.

While Zapdos' exclusion is quite disappointing for many trainers, a few believe that Niantic could add the Gen I Legendary Pokemon to an upcoming in-game event. "With a Rocket event next week, I could see them bringing Zapdos as Giovanni's "new" Pokémon. (Hope I'm not right),” commented user slimsady2.

There is hope, as such, for Pokémon GO Trainers with the upcoming event, “A Bad Feeling…” starting January 24, 2022. The event will mark the appearance of Team GO Rocket in various PokéStops and inside balloons in the Kanto and Kalos regions. . The event will also add a bonus for trainers to help any Shadow Pokemon unlearn the Frustration ability.

Pokémon GO @PokemonGoApp 🔐 Swinub Incense Day 🔐 Mountains of Power 🔒 Power Plant Spark and the team are about to unlock the door with Electric-type Pokémon. But it seems they're not the only ones looking for the truth… 📝 Learn here: https://t.co/ADGcrNszKn https://t.co/qae7VDRm0h 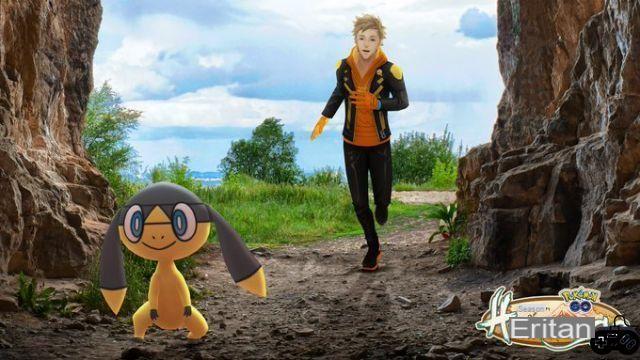 The Power Plant event may have worked best for new players as it provided nothing new or exciting for experienced trainers. As such, we'll see what new content Niantic adds to Pokémon GO's current Heritage Season update in the coming weeks.