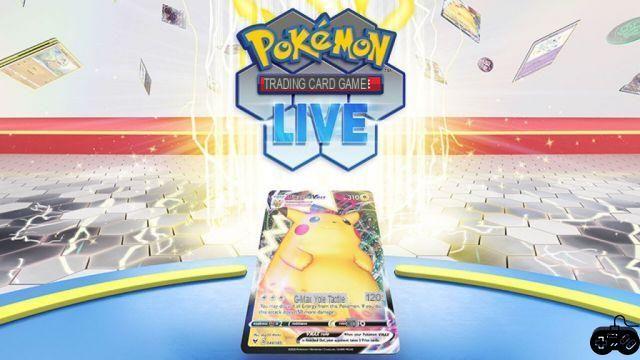 The Pokémon Company has announced to much fanfare a new title that will replace the franchise's 10-year-old online card game.

Pokémon TCG Live should continue with the same free-to-play model of its predecessor, adding new features that already exist in other games of the same genre, such as battle passes, ranked queues, daily challenges and versions for PC and Mac, as well as Android and iOS.

"Looking back on 25 wonderful years of Pokémon, we are once again reminded of how the Pokémon TCG has always been a mainstay of the franchise and loved by trainers young and old," said Barry Sams, vice-president. Chairman of the Pokémon TCG at The Pokémon Company.

However, the announcement of this new title has drawn some criticism from its community, due to some of the big changes it will bring, such as the removal of old sets and expansions, its new abstract interface and avatars. , and the elimination of its exchanges. system, somewhat ironic given the theme of the game.

The fact that you can't trade a deck of *trading* cards is unacceptable. pic.twitter.com/iLqbYuOwOd

Our current ptcgo is much better than this. Our current accounts must also be transferred. Please consider updating the graphics to at least the quality we already have. This is a downgrade.

So the “pokemon trading card game” without… trading. It's logic. It's clearly not about putting the profit on the players and the community here…
I thought it was a joke when someone said you can't trade.

The Pokémon Company also revealed that while players can export their card collection, this won't be possible with their created decks, plus they will only have a certain maximum number of copies of a single Pokémon TCG card.

To deal with this, Pokémon TCG Live will introduce the well-known dusting system, converting leftover cards into credits that players can use to obtain new or repeat cards of their choice.

The game will incorporate microtransactions through coins and crystals, which can be used to purchase packs and credits, while codes available in physical packs and packs will still be redeemable in the in-game store.

“Pokémon TCG Live will go hand in hand. with the tabletop version that fans know and love, and welcomes a new era of digital gaming where trainers around the world can play together regardless of their preferred platform,” added Sams.


Although an exact launch date has not been revealed, players will be able to participate in its mobile soft launch in Canada, as well as the global open beta for PC and Mac, later this year.

Pokémon TCG Online will be shut down shortly before the launch of Pokémon TCG Live.

You can find more news, guides, announcements and updates in our section dedicated to the Pokémon franchise.

Image courtesy of The Pokémon Company.

New Pokémon Snap: How to Crack Mew and Complete Myth of the Jungle Request ❯

add a comment of New Pokémon TCG game announced, with no trades