New Pokémon Snap: How to Find and Take a 4-Star Volcarona Snap 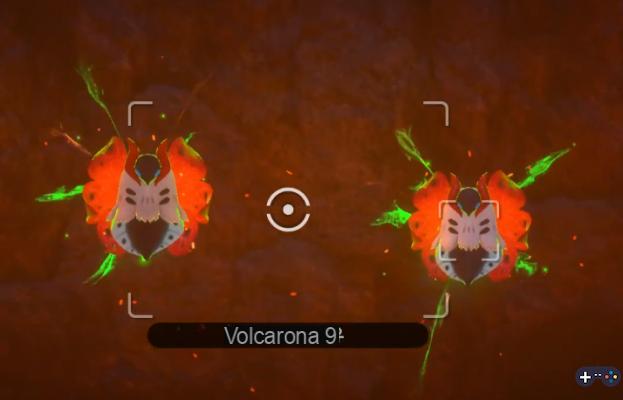 The new Pokémon Snap has been released and fans around the world are going crazy in search of rare and elusive Pokémon hidden in the Lental region.

Some are quite easy to find while others require tricks and a special procedure to catch them and take the best shots possible.

If you're reading this article, it probably means you're having trouble finding Volcarona and taking a shot in 4 starts.

If that's indeed the case and you're wondering how to unlock Volcarona in New Pokémon Snap, then you've come to the right place!

In order to unlock the Illumina Pokemon Volcarona, you will need to raise the Fireflow Volcano course to research level 2.

After that, you will need to complete the Fireflow Volcano at level 2 again, as this will unlock the new route on the right.

Once you have done this you will need to take a photo of the ancient ruins.

Once you've completed all of this, the Fireflow Volcano Illumina Spot should become available to you, and that's where you'll find Volcarona.

For a 2-star photo, you'll have to wait for Volcarona's "Happy Vibes" pose. You can trigger this by throwing an Illumina Orb at him.

For a 3-star shot, you just need to wait for Volcarona to flip and take a shot at that exact moment. You'll know when to do it, but it can be difficult to grasp the exact moment, as you'll need quick reflexes.

The first three photos were pretty easy, but this one will take some time because there's a lot to put together.

At the start of the course, throw a Fluffruit at the Volcarona on the left, and it will open up an alternate route for you. Use this route and follow it to the end.

You'll find two Volcarona there, and you'll need to lure them into a very specific configuration in order to take the 4-Star Volcarona shot.

It is not recommended to use a turbo, because you will need time to adjust everything correctly.

You need to hit both Volcarona with Fluffruit repeatedly and alternately, and you'll need to track how they move as you do so, so it's best not to zoom.

You want to do this because the goal is for them to appear together in the final room, and once they're both in their final form, hit them both with a fluffruit so their shields are down simultaneously.


Now quickly hit them both with Illumina orbs, and while they're both in Illumina state, you'll need to hit a Crystabloom with an Illumina orb.

If everything is completed in the correct order, the two Volcarona will now approach a Crystabloom and start dancing, at which point all you have to do is take a picture and there's your four-star shot!

Seems a bit complicated but it's not as difficult as it looks, timing is everything and there's just a little bit of work to do, but when you know what you're doing it doesn't shouldn't be too difficult.

add a comment of New Pokémon Snap: How to Find and Take a 4-Star Volcarona Snap