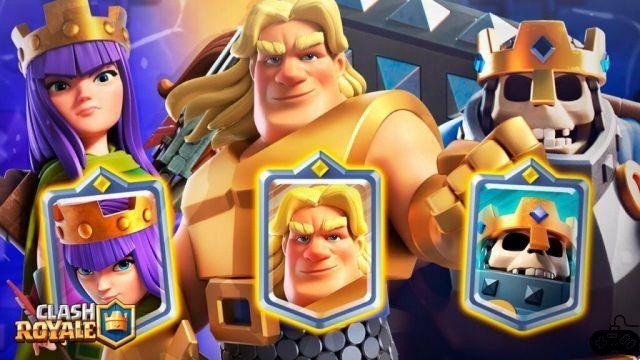 Clash Royale is a mobile game developed by the Supercell company a few years ago and that today is positioned as one of the best mobile games on the planet. In addition to this, it has countless players around the world and very good professional players, content authors and Esports championships that give a lot to talk about.

This is a strategy game where we must use a series of cards that will allow us to summon troops, structures or spells in the arena to defend our towers and also to attack our opponents' towers. Keep in mind that each and every season they add new cards or updates. For this reason, today we are going to talk about the new letters Clash Royale.

Since the beginning of the game there were multiple genres of cards that would be common cards, singular cards, epic cards and legendary cards, but they have also added other cards called "Champions" or "heroes” which would be the golden knight, the archer queen and the skeleton king. These are very powerful cards, with a low elixir cost and a lot of potential to create problems for your opponents.

It should be noted that in order to unlock these cards you will have to have the king at level 14, since it is a mandatory requirement. In addition to this, you can only have a single card of this type in your deck, so if any day you manage to have them, we invite you to try each one of them so that you can choose how your favorite hero is. Certain cards that will reach this title are: