How to Search for a Player in Rise of Kingdoms 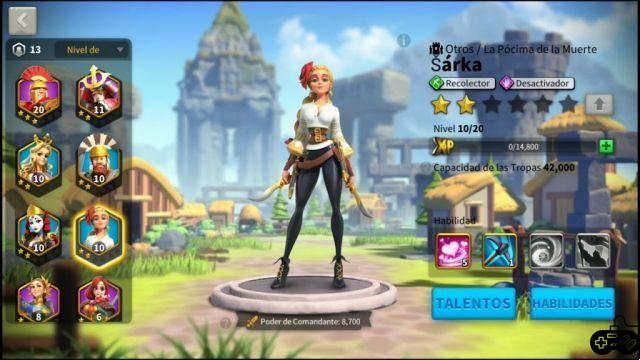 En Rise Of Kingdoms we can find multiple players in different ways, generally we use tracking techniques to be able to locate that person we are looking for so much. If you want to look for a player in Rise Of Kingdoms, you are in the right place, today we are going to give you certain recommendations so that you can locate him.

Rise of Kingdoms is a strategy game where each and every one of the users can be in constant mobility through the servers, if you are looking for a player who is in your kingdom, you can start looking for him in the central part near the municipality, because that is where There are the largest number of activities that any player must carry out, even the most distinguished users try to place their civilization as central as possible to be able to be protected in their kingdoms.

How to Search for a Player in Rise of Kingdoms

In case it is not near the central part, we must start tracking it throughout the game, you can place it in nearby coalitions, opponent territory, or if its civilization is independent to be able to locate it. After you find their location you can add them to your coalition friends, to see their game statistics and the resources they have free.

Some users look for players in Rise Of kingdoms when they carry out attacks on their civilization and want to seek revenge by attacking them with their troops and combat weapons. We invite you that before starting a war with any civilization for the fight of a terrain you must have each and every one of the free combat resources. In addition to a huge number of troops and enough mechanics to be able to execute the opponent, due because in Rise Of Kingdoms numerical strength does not win, but rather the ability of the leaders of a civilization to lead their army.


Join the ROK, and when you receive an attack, look for each and every one of the users who were involved to exact revenge.

How to change the ID in PubG Mobile ❯