How to Play Solo Vs Squad PubG Mobile 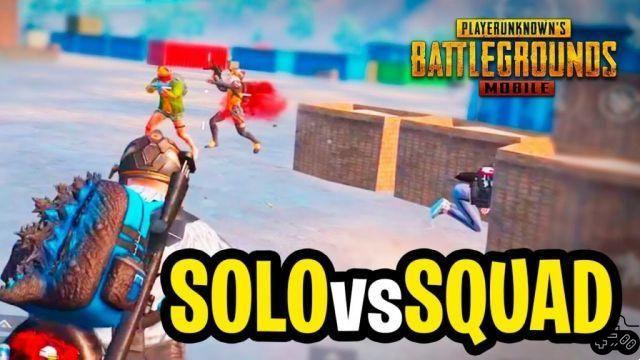 Playing PubG Mobile with friends is very enjoyable, since they share the different game modes together and they will be able to prove a good level of play to each and every one of the players in the area. Nowadays many PubG Mobile content authors and influencers have used a mechanic to show off their awesome level of play in an individual way, where they play against each and every one of the entire teams alone from the Battle Royale. Some are going to wonder how is this possible? Since in this blog post we are going to explain how you can play alone vs squad in PubG Mobile so that you can shine your skills in the game.

Normally the solo vs squad is played by users with a high level of play, specialists in each and every one of the aspects of the game. PUBG Mobile. It is not so simple to win a game alone vs squad because, in shooting games, the numerical advantage is of vital importance to be able to win games, but if you play with a good approach and you cover your back well, you will have many chances of being able to win a game of this caliber in the Battle Royale.

How to Play Solo Vs Squad PubG Mobile


Remember to practice in many traditional games before playing this modality in qualifying, it requires a high level of play so that you can enjoy the game and not die in the first instances, you have to be more clever than four people who are going to be playing together, show them all your level.

How to Throw the Frying Pan in PubG Mobile ❯