How to Play Solo Apex Legends 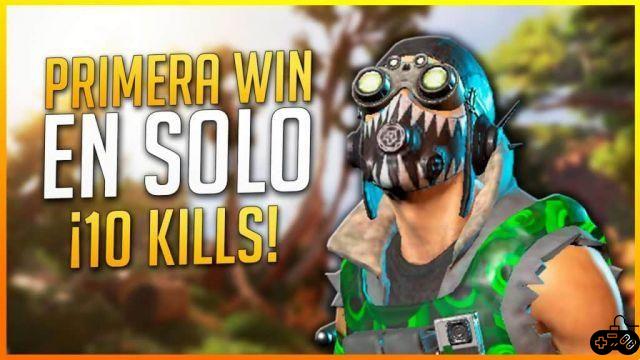 Apex Legends is a magnificent Battle Royale game consisting of seventy users landing on an island to see which one of them is the last one to stand up. On the island they can get weapons, ammunition and all the necessary equipment to be able to fight against their opponents while the area shrinks, a fairly complete game that has the peculiarity of having legends that have unique abilities, and with a very interesting story that each and every player in the community would like to meet.

Many users in the Apex Legends community are interested in finding a way to be able to play solo, like you can do in other shooting games. In this article, we are going to explain in detail how to play alone in Apex Legends.

How to Play Solo Apex Legends

At the moment you can only play Apex Legends in individual mode through the event that has brought the latest updates called "Chaos Theory Collection" which is not a game mode that comes in a traditional way like most that have been added in the game, you can enjoy it while the event is free and play 1vs1 as many times as you want.

Usually the Apex Legends It is managed in squads, where most of the players in the community try to have synergy with other users who have legends different from theirs in the game. Although it is true that you can join the matchmaking queue alone, the option to fill your team will automatically be activated. In addition to this, you can also join the pairing queue in duo or trio, where you should be filled with less number of partners that you do not know, it is possible that in some game you will get more friends and have a large group to be able to add more people and test multiple computers.

How to Play Stumble Guys with Friends in Championships ❯

add a comment of How to Play Solo Apex Legends