How to Play PubG Mobile Beginners 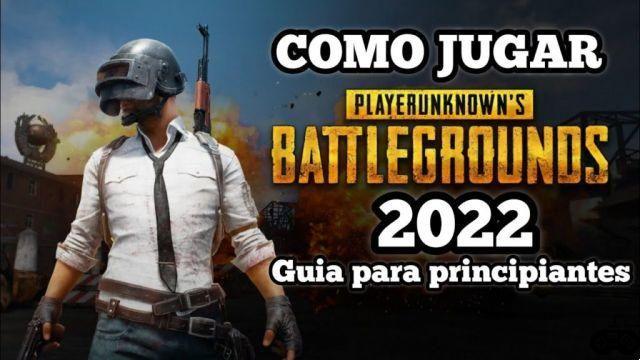 PubG Mobile It is a game that has grown a lot, more and more new players are joining this magnificent shooter, many of them have been fans of shooting games for many years, so they only need to practice in their first games to be able to adapt to the game, since they have an innate talent for shooters in general.

On the other hand, there are also people who have been motivated to play the PUBG Mobile without needing to have played a shooter previously, so they do not know the basics of a Battle Royale game. If you come to expand your knowledge about it, here we are going to explain in detail how to play PubG Mobile when you are starting in it and you are a beginner.

How to Play PubG Mobile Beginners

PubG Mobile is a Battle Royale game, where you jump out of an airplane with ninety-nine other players who will try to survive while the safe zone shrinks, when you fall from the airplane you must get weapons, ammunition, medical equipment, and all the necessary equipment To stay alive, when you're starting out, try to play as strategically as possible so you can practice with the default settings and get used to the game. PubG Mobile It has a performance system in which it will evaluate your game by murders, survival time and how you got in the top100 classification.

You can use the battle park to play 1vs1 combat and progress your skill with weapons, apart from being able to learn how to cover yourself and the right moment to protect yourself or attack. In addition to this, try to read about the statistics of your weapons, achieve many Battle Points to get benefits in the game, and if it is within your possibilities, purchase the Royale Pass so that you can get more exclusive gifts of the time. As you progress and dedicate many hours to the game, you will increase your skills and you will be able to play qualifying games, to opt for a position among the best guerrillas in the area.

add a comment of How to Play PubG Mobile Beginners