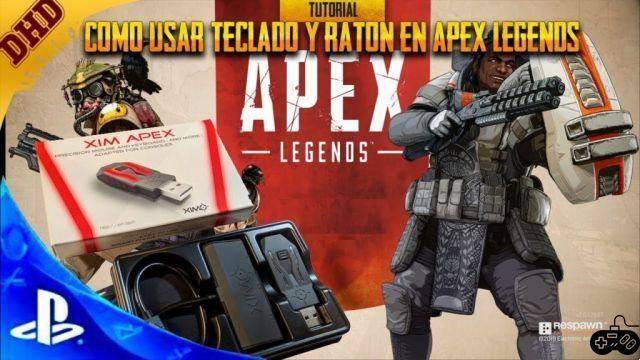 Apex Legends is a game that has different ways to play it, controls, joysticks, keyboard, mouse, and much more. A multiplatform shooter that has become very famous over time, it already has more than fifty million downloads worldwide and this March it has launched its new beta version for mobile devices, which will be optimized in the coming months. months. In this article we are going to explain all the precise information about the current problem to play Apex Legends with keyboard and mouse from Ps4 and other consoles.

Although it is true that through the console the game had better frames per second than a PC, Apex Legends is a Battle Royale that currently the best players are using in the first person, so adding the mouse to playing it from a console would be an exaggerated advantage. The mouse allows you to have a great difference in accuracy when aiming at an opponent, in contrast to monitoring them with a joystick, the mouse has an easier and more manageable sensitivity even for beginner players. For this reason, this has never been seen as appropriate because the benefit would be too noticeable on the people who play from their command.

We must also bear in mind that there are people who play from the PC with a controller, but use them with external applications that the companies that have developed the game have not approved, for this reason, Electronics Arts and Respawn Entertainment are sustained by studying daily PC gamers with strange activity in the game.


At the moment, the companies maintain this blocked path, briefly putting on their social networks that "it cannot be allowed" due to the enormous advantage that there will be and the internal inconveniences that will be created among the users of the community, to avoid this, they will maintain the use of the mouse and keyboard prohibited on consoles until the moment crossplay is activated.

How to play Apex Legends on Geforce Now ❯