How to Play a Hacker in PubG Mobile 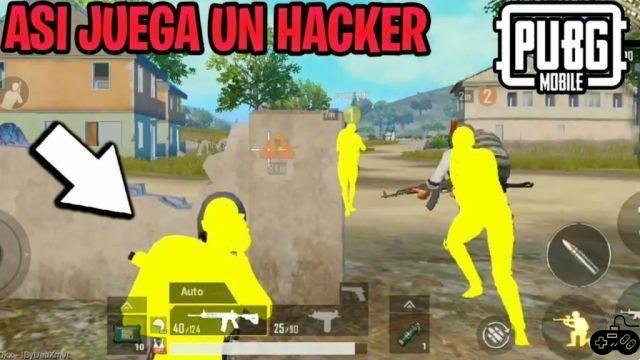 Hackers are one of the biggest drawbacks to any console game, regardless of whether it's on mobile or PC. In the PubG Mobile is not the exception, the community is very competitive and everyone wants to reach the level limit, but being a very realistic game, it is easy to see how a hacker plays in the game. PUBG Mobile, in the article we are going to explain everything related to them.

We advise you that if you notice any kind of strange activity from any player in game, make the report regarding "cheating or inadvertent game play" so that Tencent Games can start studying the case of that user. Hackers will never cease to exist, since technology is advancing significantly and this type of applications that work as third parties have been improved so that the technical supervisors of the game cannot detect them.

How to Play a Hacker in PubG Mobile

A hacker plays depending on the hack that he has in use, for example, those who have an aimbot, play by moving anywhere on the map in such a way that they look like an ordinary player, because the aimbot works like an assist so that each and every shot goes to the head, they will stay as active as possible on the map so that it doesn't look like a hack every time they fire.

Those who use wallhack, tend to hide in closed cities with houses and many buildings, because wallhack works to be able to see the opponents as red dots on the map, apart from being able to identify them when they are on the other side of the walls, it is very useful to carry out ambushes, you will realize that he is a hacker when he can feel your presence even when his back is turned.


In turn, those that use Speedhack, are those that appear from one point on the map to another exaggeratedly fast, this hack helps you increase the speed of movement and shooting of your character, making it one of the most daring fields to play from any hacker.

How to Play 1vs1 in PubG Mobile ❯