How to Play 1vs1 in PubG Mobile 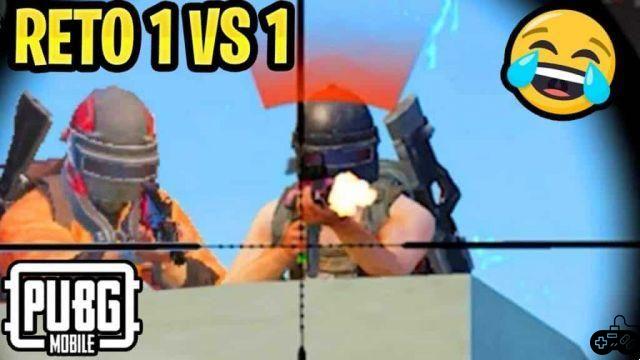 PubG Mobile It is an extremely competitive game, where each and every one of the users from the different areas of the world want to prove that they have the quality to be in the top positions of the classification. Many PubG Mobile users aim to become professional players or represent regionally highly regarded clans in competitive championships. One of the best ways to test your level is in 1vs1 combats, with which we apply short and medium distance techniques to impose yourself on your opponent, in this article, we are going to explain how you can play those 1vs1 combats in PUBG Mobile.

How to Play 1vs1 in PubG Mobile

The easiest way to play 1v1 matches is through the battle park, which appears on the left side of the screen when you are in the main lobby of the game. On the island of the battle park there is a free arena only for those users who are connected at that moment on the island, so you will be able to play 1vs1 against anyone who is there, we invite you to take advantage of the fact that it is a small space and you move quickly between the walls with which the two players can cover each other, remember that the first one to find their opponent will have more time to react and attack.

In addition, you can create an adapted room, for this you must have a room card, the factor in your inventory that will allow you to access the room, which you will be able to configure so that only two people can enter, you as the host and your contender. You can get a room card through missions by earning clan points, or simply by investing real money and buying uc coins to spend in the main store of the game.


Join PubG Mobile and try the different ways you can play a 1vs1 combat so that you are the leader of the direct combats.

How to Play Four Fingers in PubG Mobile ❯

add a comment of How to Play 1vs1 in PubG Mobile