How to make the crosshairs not move in PubG Mobile 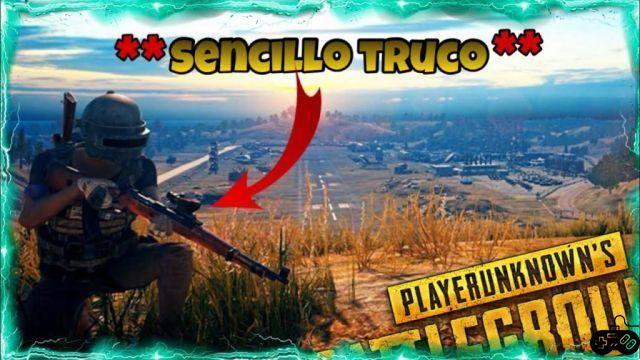 In each and every one of the shooting games you have to know the basic aspects to supervise a weapon, because this is going to be the tool to be able to defend ourselves and reach victory. There are many updates in the PubG Mobile to optimize your gaming experience so that you can be a better guerrilla fighter on the battlefield. In this article, we are going to explain one of the most essential aspects so that you can have great precision, we are going to teach you the techniques so that the sight of your weapon does not move in the PUBG Mobile.

How to make the crosshairs not move in PubG Mobile

The first thing you should do is log in to your account and as soon as you are in the main lobby, go to the general game settings, then go to the sensitivity submenu and you will be able to configure it according to how you feel most comfortable on the battlefield. In such a case, we invite you to have the sensitivity points lower to sixty so that your sight does not move too much, and despite the fact that you will feel the game a little slower in terms of movement of your character, you will have a precision that each and every one of the players in the area would envy.

In addition to that, there is a fundamental aspect called recoil, which will change according to the weapon you are using. The recoil consists of the involuntary movement that a weapon has at the moment of firing it, it suffers alterations according to its strength and firing speed, so it is essential that you know about each of the categories of weapons, so that know how to monitor this movement when aiming down the sights of your weapon.


With these techniques you will be able to easily supervise the sight of any weapon in the field. PubG Mobile, it's all a matter of you practicing the basics of supervising a weapon in the game.

How to PVP in Apex Legends   ❯