How to Make Rooms in PubG Mobile 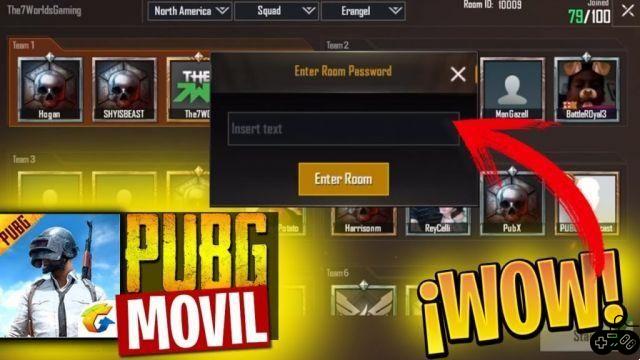 The rooms are a fundamental tool in any shooting game, they help us to create adapted games that we will be able to configure according to our game preferences. Most of the users in the community use them for 1vs1 combat and battle against an opponent to see who has better skills. Many players of PUBG Mobile They wonder what formats they use to make fully competitive rooms in the championships, in the article, we are going to explain how you can do them.

How to Make Rooms in PubG Mobile

The competitive and prestigious championships in PubG Mobile use easy formats to make the rooms, which will depend on the game modes that will be available for said championship. In such a case, if you want to simulate individual championships, you can make adapted 1vs1 combat rooms, where each and every one of the players will go through elimination rounds until they reach the huge final and achieve a winner. In case you want to make a collective room, you can create 5vs5 games in group fights, or simply team games of four for Battle Royale, where the score will depend on the survival time of the team, the number of opponents killed and the ranking in which they remained.

This way you can make competitive rooms. In the case of appreciating playing only rooms for fun, you must keep in touch with the users with whom you played, and agree to set the rules and weapons that they will use in the room, apart from the game mode where you want to face.


Remember that the activity of the room will always depend on the configuration of its author, so creating a room is very simple as long as you make the settings carefully so as not to regret it after spending your room card.


You can create a room from the “room” option in the main lobby menu in PubG Mobile.

How to Cheat in Coin Master ❯

add a comment of How to Make Rooms in PubG Mobile