How to find opponents in PubG Mobile 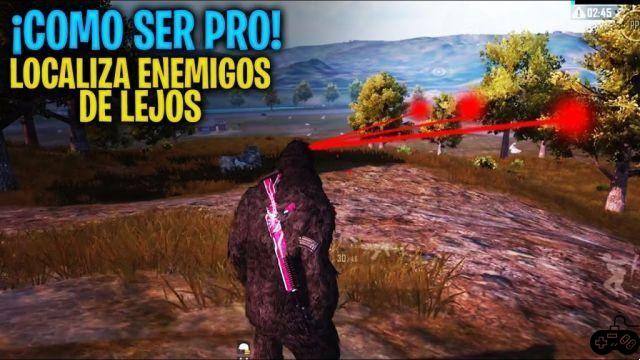 One of the fastest ways to rank up in PubG Mobile It is knowing how to find your opponents on the map, because it will allow us to surprise them according to their location, attack them from behind without leaving them with opportunities to defend themselves, or be able to wait for them in a specific area of ​​the map using country techniques.

Eliminating opponents is of the utmost importance to achieve ranking points in any game, for this reason, we are going to teach you how to find them in a game of PUBG Mobile.

How to Find Contestants in PubG Mobile

When you are in game it is absolutely vital that you pay attention to the sound, with each and every one of the animations that PubG Mobile has, it is very easy for you to realize when you have an opponent nearby. We invite you to play using headphones to be able to optimize the sound quality, since with this we will be able to perceive footsteps, when a door is opened, shots in a nearby or distant area, or when a vehicle is approaching. Still, professional players and content authors in the game know how to distinguish the sounds of weapons to know how to position themselves in combat according to the weapons they have in that game.

To have a better vision and graphic quality of our opponent, it is necessary to go to the main settings of the game, in the "graphics" submenu, lower the textures a bit, and give priority to the contrast and brightness of the map, with these details, you will to be able to appreciate the opponents that come from a great distance, giving you an advantage to be able to react.


When an opponent shoots in a nearby area, a red dot will appear on the map, in the same way they can appear in the event that they throw a grenade of any kind, just to draw the attention of their opponents.


In addition, cars that are parked poorly indicate that a guerrilla was using it and may be very close to us.

Take all these aspects into account and no opponent will catch you unnoticed.

How to Enter Ranked in PubG Mobile ❯

add a comment of How to find opponents in PubG Mobile