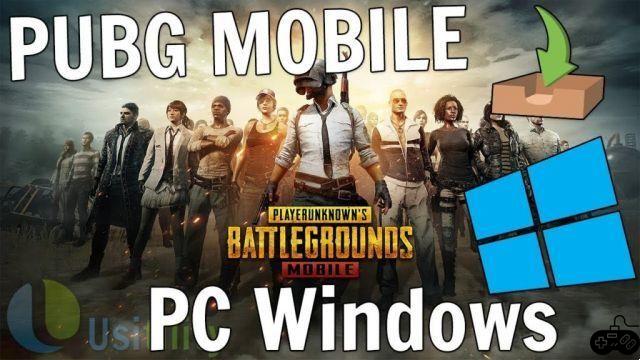 Playerunknowns Battlegrounds, generally known as PubG for short, is one of the most recognized games in the world for being one of the first Battle Royale-themed shooters released for mobile devices, which is why it has been in competition for quite some time directly with other related games like Fornite. Tencent Games has been an independent company that has always and in all circumstances been in competition with Epic Games. A franchise that has created games related to the saga of PUBG Mobile, so since the launch of Fornite for PC, the Tencent company has conceived a way to bring its saga to computers.

All PubG games are free for computers that have the technical specifications to run the game in the best way, because PubG has great graphic quality. Its Mobile version can also be located for PC and in different emulators and steam stores, but to be able to download them on a PC that has Windows, certain procedures are required, this time, we are going to explain how to download the mobile version of the PubG saga for PC that has a Windows system.

While it is true that PubG has an official version for any PC, there are some people who prefer the mobile version, so if you have a Windows PC and want PubG Mobile, you are in the right place. There is a platform to download it called Tencent Gaming Buddy, a renowned emulator that adapts the characteristics of PubG Mobile to a Windows PC, where you can play completely free, you can select between the Android version or the IOS version depending on the one you prefer use in conjunction with the emulator. From Tencent Gaming Buddy you can download the game without any inconvenience and configure the controls in the most comfortable way possible.

How to Login to PubG Mobile ❯