How to Change PubG Mobile Controls 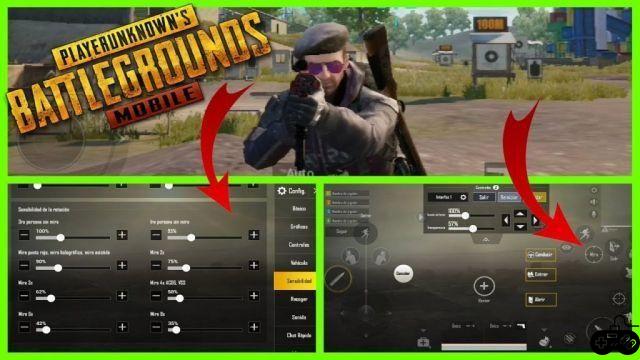 PubG Mobile It is a very famous game in the entire community of gamers on mobile devices, it has enormous competitiveness and is one of the shooters for Android and IOS with more years in the market. Most gamers stick to the original setup that the game comes with by default, a very basic setup that has been created through different beliefs about how to play the game.

Most of the shooting games require an unbeatable configuration to carry out different actions, so that you can play well the different game modes that this renowned shooter created by the independent company Tencent Games has to offer.

How to Change PubG Mobile Controls

If at some point you have advanced in the game and require a control configuration more adapted to your preferences, you are in the right place. You can select how to put the controls of PubG Mobile, and in such a case, we are going to explain how to change them so that you can have a configuration where you can perform faster and more comfortable actions.

PubG Mobile It has different actions to jump, shoot, run, and even cover and crouch in the game, you can have a huge plurality of actions that facilitate or deteriorate your quality of play depending on how it is most comfortable for you to play. To serve as an example, there are users who do not need the fast loading buttons to reload the bullets of their weapon, as well as there are users who do not like having the tilt buttons activated because it bothers their vision on the screen.


You can change the controls of PubG Mobile in the main settings located at the bottom of the lobby when we start session with an account, in the HUD configuration we will be able to place the buttons that reflect our actions on the battlefield and the different locations that we can put on it. Most of the PubG Mobile players do four finger button configurations to play faster and better.

How to change your Name in Coin Master ❯

add a comment of How to Change PubG Mobile Controls