How to Be Invisible in PubG Mobile 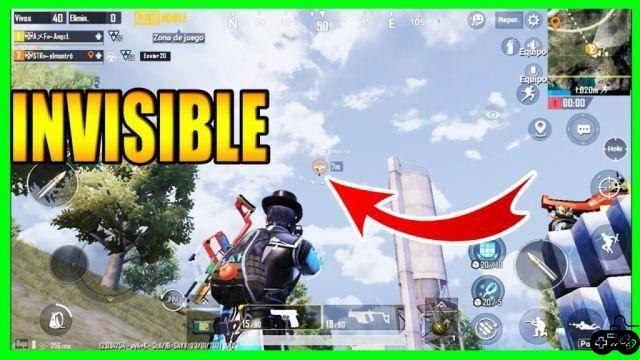 The competitiveness in PUBG Mobile has made, at some point, certain players question the use of hacks as a good thing. IF this is your case, today we are going to teach you a trick that will allow you to be invisible in PubG Mobile. It is necessary to clarify that this is a bug that arises in the game for which you need an ice wall and a motorcycle. Do not try to kill absolutely anyone with this bug, since you can be banned. Just use it to troll your friends or to get to the end of the game unscathed.

How to Be Invisible in PubG Mobile

The first thing you should do is put the motorcycle on the ground. Then put a wall of ice under it. Make sure the motorcycle stays on top, because if it doesn't, then the trick won't work. Now you can get on the same level as the motorcycle by using another ice wall to mount the vehicle. You don't need to do anything, just switch seats multiple times.

This will make other people see as if you were rising towards the sky. However, this will not be true, otherwise you will still be on the motorcycle without moving. In your camera you will not see anything change, since this is only detectable from a certain external point of view. Now that you've done it, keep in mind that while you're on the motorcycle, no player will be able to damage you. In addition to this, even if you get off they will not be able to see you.


The system PUBG Mobile it is made to warn any players abuse of game bugs. This means that the intelligence in your code warns when people misuse game mechanics.

In this sense, remember not to remove absolutely anyone so that they do not ban you. Rather, be smart and hide so that absolutely no one can see you, until occasionally everyone falls due to the play area.

How to Be a Weapons Professor in PubG Mobile ❯

add a comment of How to Be Invisible in PubG Mobile