How to Be a Weapons Professor in PubG Mobile 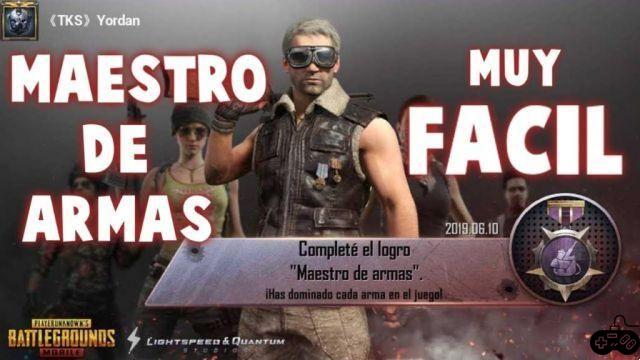 PUBG Mobile is a Battle Royale that is among the most played on the planet. In it you may also want different game modes, somewhat to change exactly the same scheme today, but you can have a fairly large set of titles to brag about. Today you are going to learn how to be a weapons teacher in PubG Mobile.

It is one of the most coveted in the game. In what way could it not be? If to achieve it you need to eliminate six opponents with a weapon of each category in a game in platinum. It sounds like complete nonsense, and the truth is that at first glance it is a difficult thing to do. But now we will narrate the procedure that you must follow to achieve the title of weapons teacher in PUBG Mobile.

How to Be a Weapons Professor in PubG Mobile

First thing's first. Don't think about collecting weapons all the time and killing real players. In this way it will be impossible for you to achieve the achievement. First find each and every one of the materials and gather them in one place. You will need a shotgun, an SMG, an attack rifle, some grenades or molotovs and a car.

First join a game with friends, preferably three who will help you find the materials. Be sure to tell them what you are going to do now so they are not lost.

In every game of PUBG Mobile there is on average one bots. You just have to be lucky enough to have them all drop in the exact same spot, though you can still lure them wherever you have the materials.


The first thing you should do is gather the materials that we have previously mentioned. To do this you will need the help of your friends, who will take care of collecting them. So, try to gather bots as fast as you can, and kill one with the weapon you have free now. It doesn't matter what order you do it in, what does matter is that when you're done with one weapon, you drop it and pick up the next one.

How to be a VIP in Coin Master ❯