How to Be a Hacker in PubG Mobile 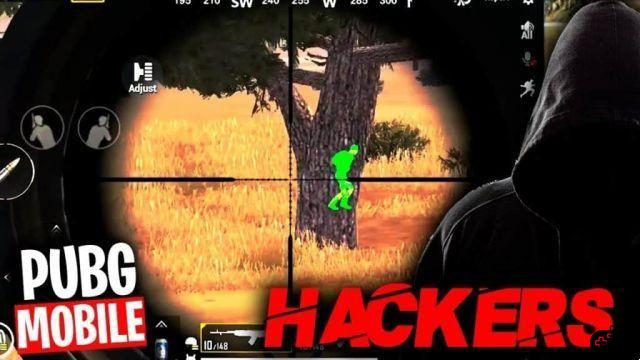 PUBG Mobile It is a game in which the competition is enormous. This is a game where, to be a winner, you have to be potentially better than everyone else in every single aspect. However, there are some ways to circumvent the system. Today you will know how to be a hacker in PubG Mobile.

Keep in mind that hacks don't work by themselves, and the benefits they provide are anything but definitive tools in games. First you need to master them to get a good percentage of wins. This is already a reason for a ban, but if it is not so obvious that you use hacks, then absolutely no one will report you.

How to Be a Hacker in PubG Mobile

First of all, you can get a wallhack, a way to be a hacker in PUBG Mobile. This allows you to see the opponents through the walls, making you a radar that does not miss anything and absolutely no one.

You can also download the extrasensory perception hack, which gives you all the information of the players in your sights, or closer. Aside from a wallhack, it lets you know how much health your opponents have, what weapons they're carrying, and how much ammo they have. Thus, you will know that someone with more bullets and protection is someone you want to avoid at all costs.

The aimbot is a tradition in today's shooters, and PUBG Mobile is not far behind. Developers have created an in-game one that lets you shoot your phone to the nearest opponent's location. This way you will not miss a single bullet.


You can also get auxiliary speed cheats, but we do not recommend them. The servers of PUBG Mobile they are made so that each and every player goes at a set maximum speed. When this is exceeded, the game doesn't know how to test it and it starts to break down a bit.

How to Go Pro in PubG Mobile ❯