How to Add Friends in Rise of Kingdoms 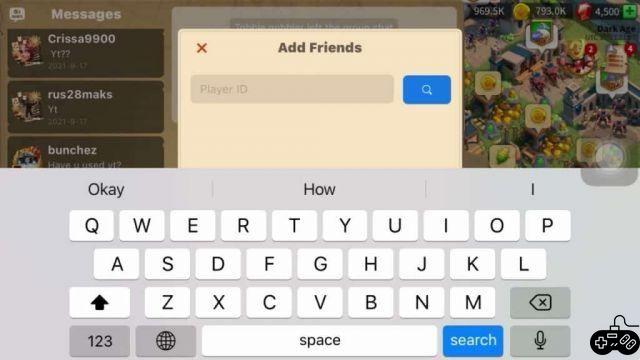 El Rise of Kingdoms It is a game that lets you share ideas with other civilizations and areas on the platform, not only consists of war, but also knowing how to find allies to progress and be able to assist each other. In this article, we are going to explain to you the only way to be able to count on friends in Rise of Kingdoms.

At the moment, there is no specific option to be able to add friends, the only way to be able to share civilly with an ally is through the enormous number of kingdoms that we can locate in the game, the kingdoms in Rise of Kingdoms are the number of servers that exist on this platform, some created by the users themselves and others that are already established by the game. If your friends and join a single kingdom, you will be able to have a different resource support platform, where the two of you will be able to share the resources of the colony. The friendship in this game is broken when internal wars begin in the kingdom, where some begin to invade the land of others to end their ideals.

How to Add Friends in Rise of Kingdoms

Most of the kingdoms have a leader who is distributing all the advantages that most civilizations get, as well as being in charge of assisting users who have more limited resources in the game or are just starting out.

You can change the kingdom as many times as necessary, each and every one of the servers can be found in the main configuration of the game, where you will be able to make the respective request so that they can open a space for you in that guild. For this, you must earn the trust of the leaders, it works essentially like a clan in other games like Free Fire or Clash of Clans.


Join the Rise of Kingdoms and has the best kingdoms in the area so that your civilization can be stronger.

How to put out the fire in Rise of Kingdoms   ❯