How Ranks Go in PubG Mobile 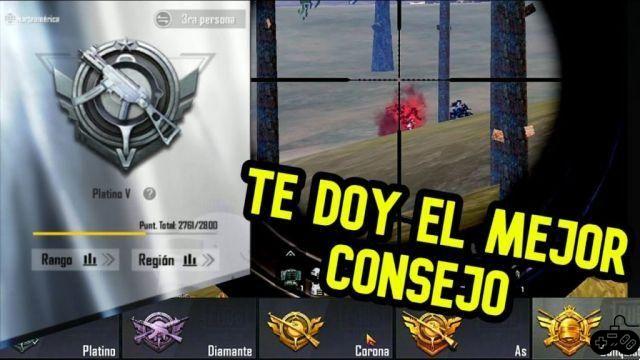 PUBG Mobile is one of the first games that established a ranking system for its users. In addition to this, it is one of the few that has a game mode dedicated to this competitive style, and another for casual players. If you're a competitive person looking to move up in the game, we're going to show you how ranks go in PUBG Mobile, like the order and what you need to be able to reach conqueror.

They are normally reset when the epoch ends, but if you're reading this just starting the game, then that means you're now on Bronze. This is the lowest of all, known for having bots in games and certain new players.

How Ranks Go in PubG Mobile

Here you can practice and adapt to the game, to end up reaching XNUMX points and achieving the rank of silver. In this there are still bots, since sadly there are not many players in here. There is a probability of real players locating you, so you must be on the lookout. You must ascend to two thousand one hundred points to ascend to gold.

Gold is something like the filter. Some consider that it is the most difficult to pass, because you find both veteran players who have been in the game for a long time, but who have not been able to go to platinum, as well as beginners who managed to go from silver.

If you can get through this, that means you're pretty good. You must go from two thousand six hundred points to three thousand one hundred if you want to go beyond platinum. Here are great players who, luckily, or by strategy, have been able to break the gold rank. Then you will be promoted to diamond, where there are quite capable players who dominate the game and who can already say that everything comes naturally to them. To overcome this range, you will have to rise to three thousand seven hundred points.


Then you will find yourself in the crown rank, where there is another filter between the mid-range players and the professionals. This set, in the same way as the previous one, is made up of those who go down from ace to crown, and those who go up from diamond. Reach four thousand one hundred points to be able to overcome it. Finally, you will find the ace and conqueror ranks, in which the best players in all of PUBG Mobile are found. The rank of Conqueror is reserved for the top XNUMX points, and those left out remain ace.

add a comment of How Ranks Go in PubG Mobile