How Much Does a Professional PubG Mobile Player Earn? 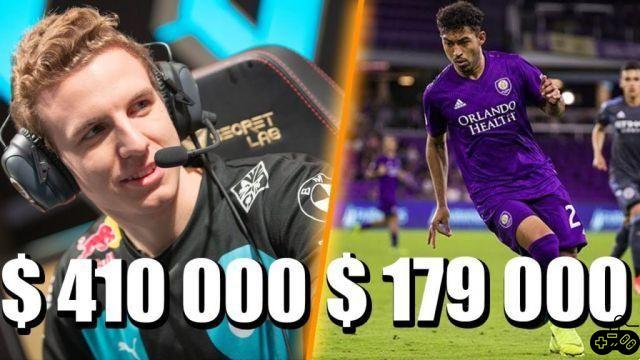 PUBG Mobile it is full of people who dedicate their lives to the game. The evolution of eSports has made it possible for ordinary people to play the game they like in exchange for some money. It is something completely similar to soccer or any other sport, but the sacrifices here are not so physical. Today we are going to tell you how much a professional player of PUBG Mobile.

It is true that there is no defined value. Not each and every one of the contracts works the same, but we are going to show you how this industry works in general. The first thing you have to know is that it is a developing area in which there is a lot of investment.

As in other sports, most of the income comes from advertising, so the salary that a professional PUBG Mobile player produces depends on the brands they work with.

How Much Does a Professional PubG Mobile Player Earn?

Just like in LoL, CoD Mobile and other games, people get used to articulating by sets. You play, train and fight battles with a group of people who become your team. You also play under a contract in which you agree to follow the orders of the coach, who will guide you along your path as professional players. This contract and salary is supported by the money invested in advertising. Said salary fluctuates from one thousand US dollars to five thousand US dollars per month.

Some extra income can come from a Twitch or YouTube channel, where you earn from subscriptions or advertising, if certain clauses of your contract allow it. Another auxiliary salary can be for a prize in a championship. Remember that these people are sponsored and need to win the championships in which they participate to give visibility to the brand with which they sign.


To conclude, these are not values ​​that are achieved overnight. The people who achieve this kind of contracts train quite hard to be able to live from what they like, which, after all, is playing games for video consoles.

How Much Does a PubG Mobile Streamer Earn? ❯

add a comment of How Much Does a Professional PubG Mobile Player Earn?