How many Ranks are there in PubG Mobile 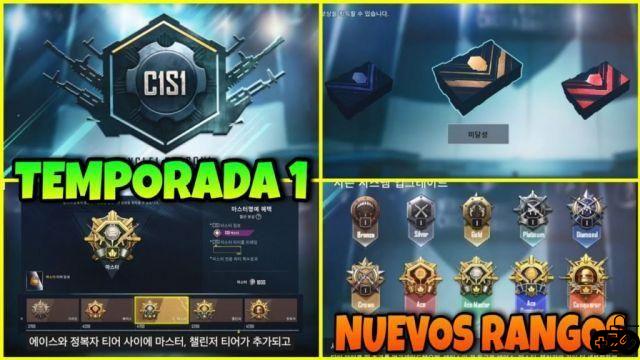 The classified mode PUBG Mobile has a set of ranks that you need to know about if you want to outdo yourself. In this article we are going to talk about how many ranges there are in PUBG Mobile, like the points and everything you need to climb for each of them. In short, there are eight ranges, each divided into levels. The levels divide each player according to their development in each and every one of the ranks, with the aim that, for example, a player who is just starting out in one of them, does not play with one who then leaves the same.

How many Ranks are there in PubG Mobile

The eight ranks are bronze, silver, gold, platinum, diamond, crown, ace, and conqueror. If you are a new player then you will start at bronze rank. The truth is that the lack of players and how simple it is to go from bronze to silver makes this part full of bots. This is why it will be easy for you to get out of here as soon as you play. So, with silver, precisely the same thing will happen.

You are not going to have your first serious fight but rather until you get promoted to gold, where there are all kinds of players. You may still find those who tried to rank up, but were lowered when they started the game. If you continue this way, you will reach platinum, passing through diamond and crown, where you will find all kinds of players. In general, there are never any hackers here, in contrast to the low ranks where cheating players fall.


Finally, you will face the rank of ace, which is the final test to be among the best players on the planet. Here it is not only necessary that you play games. You should focus on pursuing game strategies that allow you to survive in a game alongside the most efficient people in the game.

And if you appear in the list of the first five hundred players on the planet, you will rise to the rank of conqueror. This will mean that your journey through the ranks will be over. It will be a long journey that will surely take months, but with care you will be able to overcome it.