How Many Bots Are There in PubG Mobile? 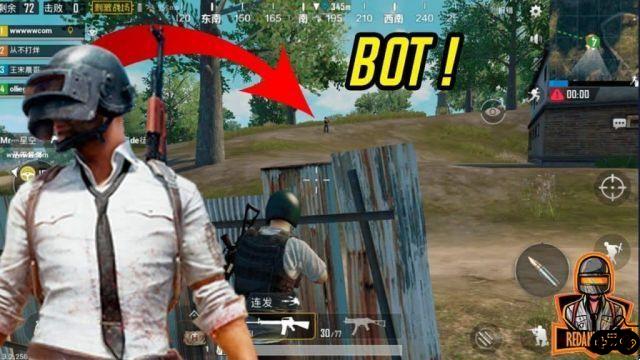 It would be a hoax to say that PUBG Mobile is a bot-free Battle Royale. Indeed, any novice player can tell that he is certainly not competing against real people. In this sense, we are going to show you today how many bots there are in PUBG Mobile.

Some people may think that the presence of bots in the game is due to a low number of players, and the truth is that in a certain way this is what happens, but it is not the only cause. PUBG Mobile It is identified as a game in which ranking up is something simple. Reaching the top one alive, which today is somewhat simple, is enough to earn the necessary points to ascend. It is precisely for this reason that the low number of players compared to other days, makes the bronze rank full of Bots. It can be said that here, for every real player there are five bots.

How Many Bots Are There in PubG Mobile?

And it is that in a game that gives you the comforts to rank up as you wish, it is very normal that there are not enough real people in the lower ranks. To remove the bots, a more competitive system would be needed in which even leaving bronze is quite difficult. However, players don't start testing complexity until they reach gold IV.

The game requires at least ninety-nine people to start. When it doesn't match enough players, it fills in with certain bots. It can be said that, in the face up gold ranks, there are a total of five to one bots per match.


Since we don't have a way to tell how many games are going on at the same time, so the value continues as an average of fake players that are going to be doing nothing but giving you eliminations when you play PUBG Mobile.

How many Pathfinders does PubG Mobile have? ❯

add a comment of How Many Bots Are There in PubG Mobile?