How is the PubG Mobile Game 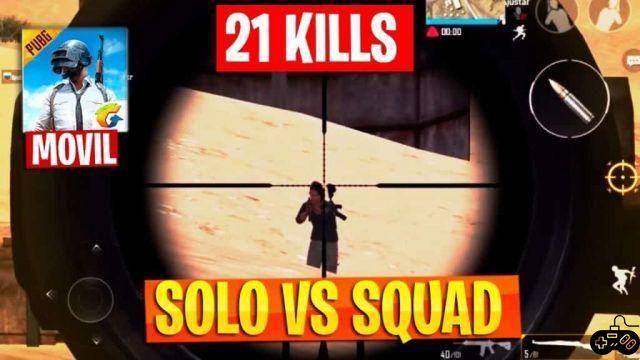 If you've ever wondered how the game is PUBG Mobile? This article will let you solve any kind of doubt regarding downloading the game. We will cover each and every one of the points about the gaming experience, the journey you must take to learn how to play, and in general, if a game that weighs close to 1GB is worth it.

PUBG Mobile it has half a billion downloads on the Google Play Store. In addition to this, with more than four million ratings, it manages to have a score of more than four stars on the platform. So far, we could say that everything is fine, that it is a good game. However, here we will tell you about the drawbacks and advantages of being a PUBG Mobile player.

If you create an account in the game, you will first need to log in with Facebook or your Gmail. It also has an alternative to create an account with Twitter, but it's not worth it. PUBG Mobile is a medium resource mobile shooter, so you should estimate this before downloading it.

The game can generally run on any device with at least two RAM. Of course, if you want to play with the game quality to the limit, you should opt for a more expensive mobile.

Another point that must be touched on is that although the game is free, the difference between those who have never bought anything and those who have, is quite remarkable. The gaming experiences of people who have a subscription or have paid to acquire UC, which is the in-game currency, differ quite a bit when it comes to unlockable items.


And it is that there is not only satisfactory that your game rewards you for playing it. However, if you do not pay enough, in PUBG Mobile this cannot be seen. Despite that, it is a fairly enjoyable game to which you can dedicate an hour a day.

add a comment of How is the PubG Mobile Game