How is the Best Commander in Rise of Kingdoms 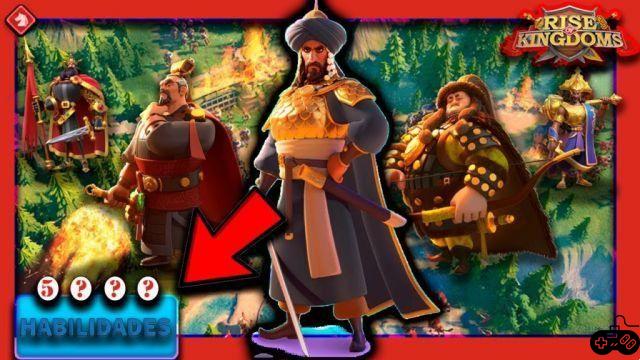 Rise of Kingdoms is one of the most entertaining strategy games out there. It is identified by its realism when running war simulations and its uncanny similarity to Clash of Clans. Just like in this one, you build your empire and your story. If you want to know which is the best commander of Rise of Kingdoms, we are going to show you the statistics and the reasons now.

Who is the Best Commander in Rise of Kingdoms

In the game you will be able to decide what things to prosper and to what level to do it, in the same way as in any management game, where you will have to farm resources, build production centers, and manage your economy. To be a great player, you will also have to defend yourself. The game is not only about running your kingdom, but also about defending it from the bad guys that come to destroy it. For this, you have to know which is the best commander of Rise of Kingdoms.

The game currently has over thirty commanders, with a view to increasing this number in the future. It would not be a surprise if tomorrow there are more than fifty. This means that it is a constantly changing game, and what works today might not work tomorrow. It is precisely for this reason that wondering which is the best Rise of Kingdoms commander is going to have a different answer, depending on the time in which it is asked. For the moment, we will dedicate ourselves to telling you the story with the commanders we have so far.

There are multiple genres of commander in Rise of Kingdoms, and each of these determines the functions it has and the capabilities it carries. Each of them can go, or go wrong, depending on the context.


We have the advanced, the elite, epic and legendary. As we have told you, define one as better than the other, making sense that they can all serve with exactly the same efficiency in different contexts. To serve as an example, attacking with a commander who excels in ranged damage is never going to be better than attacking in exactly the same way with a commander who is an expert in melee attack.

How is the Best Kingdom of Rise of Kingdoms ❯