How Apex Legends Was Created 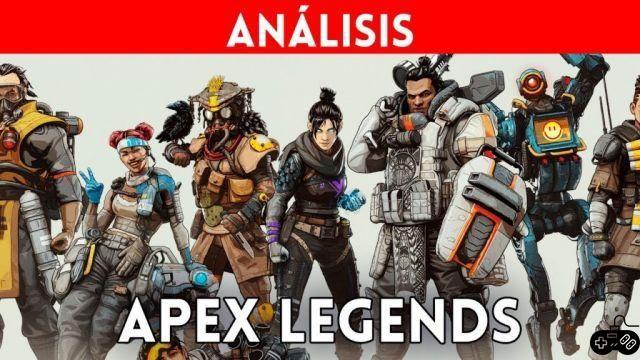 Apex Legends is a first-person shooter whose sole purpose is to offer a game completely different from what we are used to. In a certain sense, it is like combining lol with any other Battle Royal, but today we are not here to talk about that. If you want to know how Apex Legends was created, here we leave you the history of the game's creation, the main ideas and what led it to become one of the most played shooters on console and PC.

Like everything, Apex Legends started with an idea. The well-known EA studio, after seeing the success of the genre on each and every one of the platforms, got down to work to offer a game with exactly the same mechanics, but in a totally different environment.

While games like PUBG, Fortnite or CoD are based on a warlike, post-apocalyptic and even magical environment, Apex Legends has a futuristic design proposal that unites the best of previous games.

In addition to this, the game includes titanfall mechanics, one of its predecessors. An example is the Pathfinder robot, which has a hook that, despite the fact that it has a kind of cooling mechanism here, can be used freely in the previous installment.

Today, it is one of the most played shooters on the planet, having more than one hundred million active players today. Without a doubt, it is a super entertaining game that you should try as soon as possible. Despite the fact that some enthusiasts complain about the business model of the game, and its way of dividing the purchase and unlock mechanisms, there are many others who are moved by this system.


In short, Apex started out as a way to ride the wave on EA's side, and ended up being a huge game worth settling into.

How to play Stumble Guys ❯

add a comment of How Apex Legends Was Created