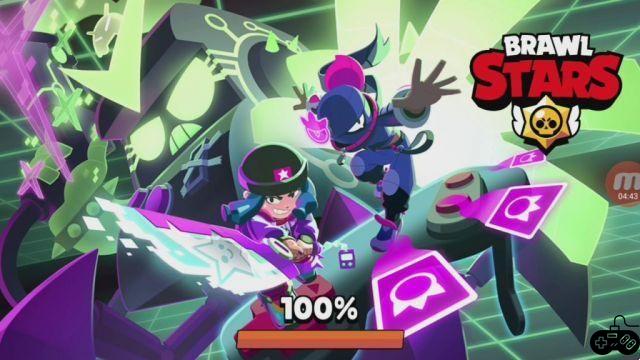 Some time ago we did an article of happymod for Among Us, since this time we bring it to you more for the planet of Brawl Stars. Before starting the explanations, we remind you that we support the use of third-party programs under any circumstances, and that we encourage support for the companies that author the game in its entirety.

The Brawl Stars happymod is one of the most downloaded APKs As far as games are concerned, so in the article we are going to give you a guide on what it is, and why it is worth downloading this program on your mobile, as well as certain benefits and disadvantages.

All about HappyMod and Brawl Stars

happy mod it's a mod created by a group of people, who try to produce the best experience for players who cannot access paid content on Brawl Stars. Essentially this set creates a mod in the form of an APK server, in which you have access to a lot of functionality that you don't have in the original game. A clear case of this is that you will have unlimited money, unlimited gems, access to free skins depending on the version of the mod, etc.

Is it legal to use happymod?

It's quite a complex question, itself, like it is a private server you shouldn't be banned. Since you will only find players who also have access to the mod. That is, your achievements and games will not be seen on the official game server.

What this will cause is that your cup progression, therefore your final rewards, will be completely disturbed. Since, if you win games you will not be playing in the VO of the game.

To download brawl stars happymod is very simple, you just have to go to its official website and choose in the categories 'brawl stars', find the latest version, and you're done.

It is essential to remind you, first, that when download these mod, you are admitting to downloading third-party content, so it may lead to failures on your mobile device. Second, you will have to see if your android is valid with the free version of happymod.

The main benefit we have already said, is essentially access to brawl star paid content. It is known that there are many players who use it to test the mechanics of certain brawlers in game against other players, but generally it is more for the first thing than for the second.

If we go to the disadvantages in addition to those already named, it is that the new brawlers can be played after a certain time, since they will have to update the mod to a version that includes the new brawler.

So far in Arena there are Bots in Clash Royale ❯