Author and references
Legendary YouTube streamer Tim "TimTheTatman" Betar recently uncovered a hacked Warzone Pacific lobby that unlocked max level weapons after he single-shot Caldera with his Gorenko Anti-Tank Rifle. The YouTube star was streaming with fellow streamers Zack "ZLaner" Lane and Guy "Dr Disrespect" Beahm at the time, leaving the trio stunned by what they had been through.

On December 21, Modern Warzone noted on Twitter that the hacked lobby discovered by TimTheTatman was not an isolated incident, with several other hacked lobby accounts beginning to appear in Warzone Pacific.

Modern Warzone @ModernWarzone There are currently hacked lobbies in #Warzone that allow players to fully level a weapon from 1-70 in 1 kill. It just arrived at Dr Disrespect, TimTheTatman and Zlaner streaming. 22:30 Dec 21 2021

TimTheTatman posted a video to Twitter, saying, "I think we have a problem," before tagging the official Call of Duty Twitter account. In the video, TimTheTatman shows how his weapon leveled up to level 70 after getting a kill.

“He just said my weapon leveled up to level 70 with just one kill. Dude, my weapon is level 70. I just shot a guy, and my weapon went from level 8 to level 70; I swear to god […] I unlocked everything in one kill,” said the YouTube megastar.

Modern Warzone @ModernWarzone @timthetatman posted this clip showing him killing 1 and raising his weapon to 70. https://t.co/EJtuJqsBxe 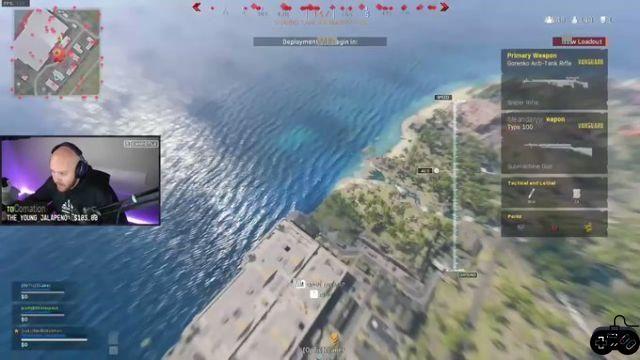 ZLaner was convinced that someone may have hacked the entire lobby, although some players believe the trio might have encountered a bug in their match. It's not entirely unlikely either, given the slew of game-breaking issues reported by Warzone Pacific players recently.


Interestingly, the lobbies also don't have a timer, which further fuels the suspicion that the hacked lobbies are the result of an exploit, and not an in-game glitch as some players have speculated. There also seems to be a higher chance of finding hacked lobbies in Plunder.

Raven Software has not addressed the issue at the time of writing. However, we will endeavor to provide further updates regarding this developing issue.

Image courtesy of Activision and YouTube/TimTheTatman.