Genshin Impact's 'The Immutable God and Eternal Euthymia' trailer officially revealed some characters that we previously only knew about through leaks, such as Gorou, Thoma, Kujou Sara, Kokomi, Baal, and Yae Miko. With Update 2.0 being out for a few weeks, players have already encountered all of these characters. Additionally, Baal and Yae Miko have become two of Inazuma's most popular characters worldwide.

miHoYo has already announced the upcoming character releases with the Genshin Impact 2.1 update. And those characters are Baal, Kokomi, and Kujou Sara. But what about Yae Miko? In terms of lore, we already know a lot about her but less about her element, weapon of choice, and banner release date.

There is some information out there though, and we've compiled it all in one handy place.

Early Genshin Impact leaks on Yae Miko suggest she is an electro user. Thanks to the update 2.0 trailer and Yae Miko appearing in-game during a quest, it is confirmed that she is indeed an Electro user.

We are at the start of the Inazuma update. And we already have three electro users, namely Baal, Yae Miko and Kujou Sara, in line to release with the 2.1 version update and beyond. If you include the rumored and leaked characters, the number will increase even more.

According to information extracted from the data, Yae Miko is a carrier of Catalyst. If true, then she will become the second user of Electric Catalysts in all of Genshin Impact, the first being our top climber and exploration expert, Lisa. 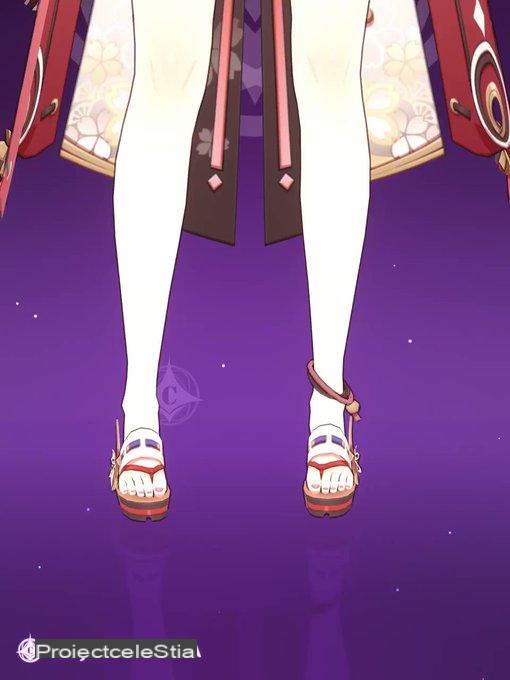 
If we were to speculate, then Genshin Impact version 2.3 or 2.4 will likely feature Yae Miko's banner.

Yae Miko's Japanese VA has already been confirmed by miHoYo. Ayane Sakura, who starred as Yotsuba Nakano in The Quintessential Quintuplets, Nero, in Black Clover and Ochako Uraraka in My Hero Academia, will voice the Japanese version of Yae Miko.

That's all for the moment; we will add and update new information in this article, as we get new details about Yae Miko.

Vulpix in Pokémon Sparkling Diamond and Sparkling Pearl, how to find it ❯