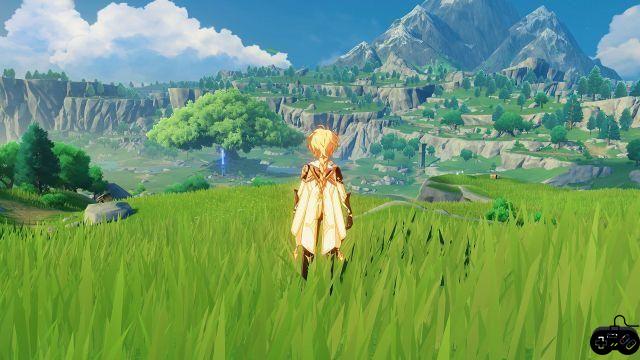 The world of Teyvat could be expanding very soon with recent leaks revealing that a new region is coming to the game. Although there was information about all seven regions when the game was released last year, it there's still a lot to reveal about those that aren't currently in the game.

The latest leaks circulating online contain detailed information about the Sumeru region. With very few details to follow and many questions left unanswered, here's what we know about the desert region.

Genshin Impact: What do we know about the Sumeru region?

Known for its abundance of deserts and forests, the Sumeru region is the home of the god of wisdom, an Archon Dendro whom many locals revere. As such, those with Dendro abilities would have a high affinity for the environment as they use herbal attacks in combat.

Based on images leaked by a Redditor, Sumeru City's proportions appear to corroborate with images and footage posted in-game from multiple points of interest (POIs). The Redditor added that the city cannot yet be compared, in terms of size, based on images alone. Despite this, they said it "looks small" as it could be "as big as three Wangshu Inns stacked on top of each other"

According to the game's traveling merchant, Liben, the area is "all rainforest and desert", which perfectly explains a fairly large and ancient tree that takes pride of place in the area's main town. Naturally, all buildings and structures are built in and 473ur the base of the tree.

What would also attract the attention of travelers is that there is a lot of greenery and vegetation that stretches 473ur. Several of the city's bridges use the tree's vines and roots to transport its inhabitants to and from platforms nestled beneath the tree's roots.


As with all Genshin Impact leaks, this should be taken with a pinch of salt, as footage may be from previous releases. The Redditor made mention of this stating that the images are unfinished and they don't know what build these images are derived from.