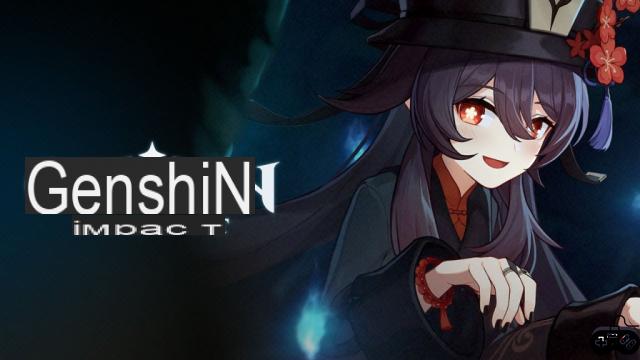 Tomorrow, the Rite of Lanterns gala will be over, after a month full of celebrations where the people of Teyvat were able to raise their wishes to the sky through a Xiao Lantern.

That's why Genshin Impact developers, miHoYo, released all the details about the new character coming soon to the game, whose weapon is now available through the Epitome Summon banner.

Hu Tao is a somewhat mysterious character as despite being a very young person, she became the main person in charge of all Liyue's funeral affairs, together with Zhongli.

However, beyond her earnestness as a funeral home director, Hu Tao is often well known for her prankish and curious attitude, as well as having mean and mischievous ideas from time to time.

Despite this, she always tends to respect the position she finds herself in towards life, and towards all those who go into the afterlife in a funeral march surrounded by dim lights, bearing great responsibility. with the people of this world and the next. .

His normal attack, Wangsheng's Secret Spear, allows him to smash enemies with up to six quick swings using his polearm. When charged, Hu Tao can consume a certain amount of stamina to lunge forward, dealing damage to enemies along the way.

His elemental skill, Guide to Afterlife, allows Hu Tao to consume some of his HP to knock back nearby enemies, while also entering the Paramita Papilio state.

In the Paramita Papilio state, Hu Tao's ATK will be boosted based on his max HP, though this ATK bonus cannot exceed 400% of his base ATK. This state will also convert his attack DMGs to Pyro DMGs, as well as giving him more interrupt resistance.

Along with this, Hu Tao's charged attacks in the Paramita Papilio state will apply the Blood Blossom effect to enemies hit. Enemies affected by this effect will take Pyro DMG every 4s, and it will refresh each time Hu Tao hits them again.

Upon activating his elemental shard, Spirit Soother, Hu Tao will command a flaming spirit to deal Pyro DMG 473 on you. For each enemy hit by the spirit, Hu Tao will recover up to five times a percentage of his max HP.

In case his health is less than or equal to 50%, HP regeneration and Pyro DMG will be increased.

Among the most recommended weapons you should try to get the Staff of Homa, a 5-star polearm that can only be obtained through gacha, being the newest addition to the weapon pool of the polearm and the essential weapon of Hu Tao.

A weapon that, while not maxed refined, grants more power based on a percentage of its max HP, while also giving bonus ATK if its HP is below 50%.

Next is the Primordial Jade Winged-Spear, another 5-star polearm that can only be obtained through gacha, being the main weapon of the newest character added to the game, Xiao.


This weapon gives more power to each hit that is made with it for a few seconds, which benefits Hu Tao's DPS level.

Finally, and in case you don't want to spend a lot on the gacha system, you can also seek out Deathmatch, a polearm available through Battle Pass rewards.

With this weapon, whenever you have at least 2 opponents nearby, your ATK and DEF will increase based on its refinement level, with a higher ATK bonus when you have less than 2 enemies 473ur away from you.

Hu Tao being a Pyro-based character, this is by far the best Artifact set you can choose for her.


When you have two, it will give you a 15% bonus Pyro DMG, however, when you have at least four, it will increase Overcharged and Burning DMG by 40%, while increasing Vaporize and Smelt DMG by 15 %. Finally, using an elemental skill will increase the effects of the 2-piece set by 50% for 10 seconds, up to three stacks.

As for the stats, they will be focused on ATK and CRIT, in addition to increasing his HP and elemental DMG:

To get the most out of it, we recommend using Hu Tao with:

How to Apply for the Genshin Impact 2.3 Global Beta Test