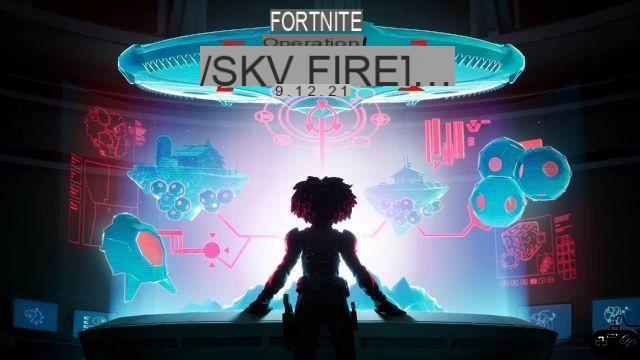 All Fortnite fans should know by now that Chapter 2 Season 7 focuses on an alien invasion, unless they haven't played the game in the past few months. Throughout the season, we fought invaders, participated in various events such as the Rift Tour, played with alien technology, and even saw entire areas being abducted. With Fortnite 17.50 update being the latest, it will soon be time for the end of season live event to begin. Here's everything we know about the Fortnite Chapter 2 Season 7 live event so far, including the exact start date and time, how fans can join in on the action, and what you can do. to expect in terms of content for Fortnite Operation: Sky Fire.

Fortnite fans will want to mark their calendars and, in some regions, set their alarms for Operation: Sky Fire, the live event that will kick off Chapter 2 Season 8.

Operation Fortnite: Sky Fire is an in-game live event. This means that players who wish to participate will need to launch the game and join the event playlist.

The Operation: Sky Fire event playlist will go live in Fortnite 30 minutes prior to the start date and time as detailed in the previous section.

The only official content and story details for the event were shared by Epic Games and reads: a plan to end the invasion once and for all. You answered his calls, worked as an undercover agent for the IO – now is the time to infiltrate The Last Reality and put an end to the Alien's occupation. »


Although some dataminers have shared the details of the voice line on Fortnite Operation: Sky Fire, sharing these lines would be considered a major spoiler for the community at large.

So we have kept the content information, however brief, to the official details shared by Epic Games.

So there you have it, all the details revealed so far about the Fortnite Operation Sky Fire live event to usher in Season 8. We'll just have to wait and see how the event plays out.

Be sure to check out our dedicated Fortnite section filled with guides, news, leaks and more.

add a comment of Fortnite Operation Sky Fire live event: start date and time, how to participate and more