Author and references
As battle royales have become more popular, it seems like every major first-person shooter has a take on the game mode. Activision produces COD Warzone, Respawn Entertainment develops Apex Legends, and Epic Games is probably responsible for the most popular of all, Fortnite.

While each battle royale is unique and carries its own brand of gameplay, they often pull successful features from each other to enhance their own title. At the start of Chapter 3, Epic Games added the tactical slide to Fortnite, a well-known Warzone feature.

It looks like Epic is going back to the well with popular leaker HYPEREX reporting that another Warzone feature could be coming to Fortnite. Here's everything you need to know about the Fortnite leak that suggests Epic Games is working on a tactical sprint.

Is a tactical sprint coming to Fortnite Chapter 3?

HYPEX has become a well-respected Fortnite leaker in recent years, so much so that it's verified on Twitter. In another example of their accuracy, the leaker correctly revealed the Tornado Week patch ahead of its surprise release by the game developers.

The latest report from HYPEX suggests that Epic Games is working on adding another feature made popular by COD Warzone. A tweet from January 19 explained Epic Games' plans as well as how Tactical Sprint works.

It's worth noting that no release date has been revealed for the Tactical Sprint, and it's entirely possible that Epic Games is simply hiding the feature for a future update. Here's what the famous Fortnite leaker said about the Tactical Sprint.

HYPEREX @HYPEX Detailed info on the upcoming Tactical Sprint mechanic: – It will increase your running speed when activated, and slowly increase when going downhill – The more your speed increases going downhill, the more the camera will shake https://t.co /DpzkPISaR5 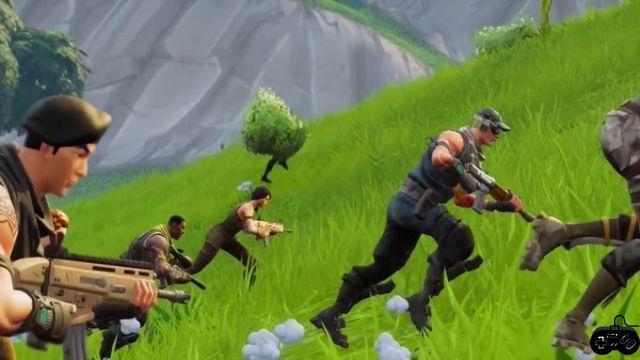 Based on this description, the Tactical Sprint would be a great addition to Fortnite, just as the Slide was a welcomed feature. Adding more mobility controls is a great way to keep the player base on their toes and ensure the title is constantly evolving.

There has already been so much content presented with Chapter 3 marking the return of Tilted Towers, one of the most iconic locations in Fortnite history. Enjoy the latest battle royale patch update and keep an eye out for the potential future addition of a Tactical Sprint.