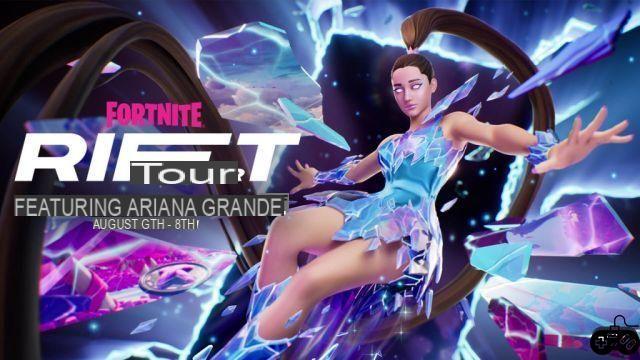 The Fortnite Rift Tour is a "musical journey into magical new realities" and we know for sure there will be an Ariana Grande live event, as the international superstar joins Fortnite, not just as an ICON Series skin but also thanks to an exciting concert. . Since Fortnite players around the world can all catch the event live in-game, time zones can get a little tricky if you're trying to convert them from ET to BST or whatever. other really. With that in mind, here's a quick guide to the exact start dates and times for the Fortnite live event in the UK and other regions.

What time is the Fortnite live event in the UK?

First of all, if you don't want to miss Ariana Grande's appearance via the live event in Fortnite, you should update the game to v17.30 in case you haven't logged in recently.

While the official advertisement for the Rift Tour says it starts on August 6, things get a bit tricky when time zones around the world are taken into account.

For our readers in the UK (BST time) who want to know exactly when the Fortnite live event featuring Ariana Grande will begin, we've got you covered with the schedule in your time zone below.

Although the goal is for everyone to participate, the developers simply cannot guarantee that the servers will not reach capacity. If this happens, you should try to join one of Fortnite's other live shows for the Rift Tour event via the dates and times above.

If you're not in the UK, you still might not know when the Fortnite Rift Tour live event will start in your area. Time zones can be confusing, after all.


We encourage everyone to check the Rift Tour website for exact times in their area. Here you will be able to see the exact time when the live event will start in Fortnite for your region.

The image above shows an example of myself going to the site mentioned above, which shows the time in SAST.

So there you have it, the exact dates and times for the Ariana Grande live event in Fortnite, for those in the UK. Yes, you can attend more than one show.