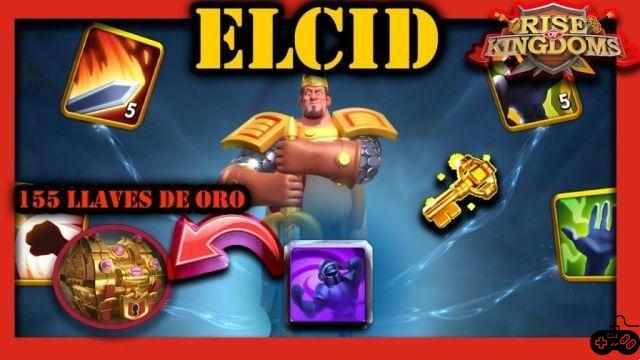 If you are a new player of Rise of Kingdoms, you will have already heard of commanders that despite not being so strange to be legendary, they become even better than those in this category. Today we are going to talk about El Cid, about Rise of Kingdoms. This is a commander who is not appreciated so much to be legendary, but his abilities make him stand in a position where if you start, there is nothing better you can have.

Other commanders have come out who supplant him, so this one has been left behind, at the point where it is the best, but only if you are a novice. Truly, with a fairly distinctive build, you can be unbeatable at low levels.

The advantages of using it are that it is a fairly versatile archer on the battlefield. His speed makes him a fast leader with a good escape or chase ability. He also has an active ability that gives him extra damage when attacking infantry, apart from disarming them. In addition to this, his talents enhance the abilities of units under his command.

The only bad factors are that he doesn't have a healing ability, and his active abilities don't have huge direct damage. Finally, it has no damage reduction to cavalry units, so this class of troops becomes its weakness.

If you want to use it, you will have to take each and every one of these things into account, apart from the type of troops you have and the perfect game mode you apply. the elder of Rise of Kingdoms it is perfect as long as you use it for a strategic and offensive game genre.

add a comment of El Cid Rise of Kingdoms