Diablo 4 classes, Druid, Barbarian and Witch, all the info

Author and references
Our articles on Diablo 4 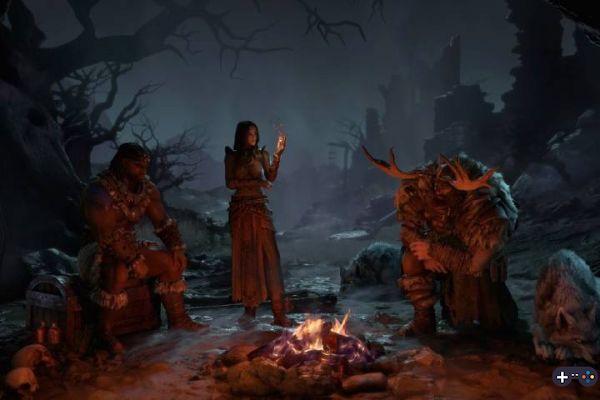 The classes of Diablo 4, Druid, Barbarian and Sorceress, all the info During the last BlizzCon Blizzard unveiled the first images of Diablo 4 as well as certain classes.

Unveiled after long years of waiting at BlizzCon 2019, Diablo 4 knew how to make the fans react. With its first gameplay images and a playable demo during the event organized by Blizzard, players were able to get a first glimpse of the publisher's next hack'n'slash.

Blizzard had thus unveiled the Druid, the Barbarian and the Witch, part of the playable classes in Diablo 4.

Druid, Barbarian and Witch: the classes of Diablo 4

At BlizzCon Blizzard showed gameplay footage showing Druid, Barbarian, and Sorceress in action. Despite some vision changes in the design of the classes, these classes will remain in the spirit of the previous Diablo while having their own specificities. Find below a gameplay presentation video on Diablo 4.

Druid, the class on Diablo 4

The Druid will make his return in Diablo 4. Possessing a special affinity with wild animals, he can be accompanied by them or transform himself into a bear.

Witch, the class on Diablo 4

As in previous episodes the Witch will control several types of magic such as fire, ice and lightning.

Barbarian, the class on Diablo 4

The Barbarian will be as usual a fierce warrior in close combat. He will also have the particularity of carrying several different weapons (with one or two hands).

Let us remember, however, that these three classes will not be the only ones in Diablo 4. The game is still far from its release date Blizzard should reveal information on the other classes throughout development.

Diablo 3: How to get Skorn, Kanai's Axe, Transmog Appearance?

add a comment of Diablo 4 classes, Druid, Barbarian and Witch, all the info