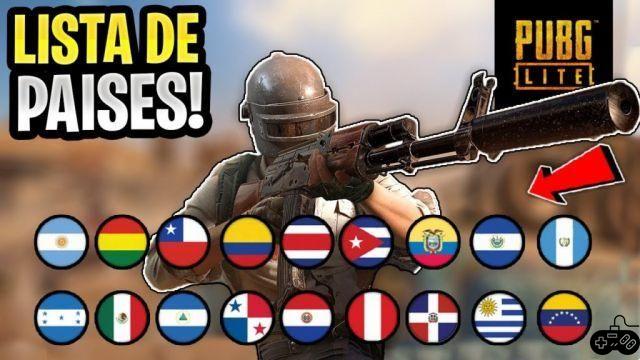 PUBG Mobile Lite is a slightly lighter version than the normal game that we all know, which was released so that players with mid-range and low-end mobile devices with an Android system could enjoy the experience of playing this incredible shooter. This was a huge success on the part of the Tencent Games company, because the game was already quickly positioning itself for those players who had to leave the original game because their mobile no longer had the capacity to develop it in the best way.

Original PubG Mobile is a game that is free worldwide, only undergoing a small name change and censorship in India, many users in the community wonder if PubG Mobile Lite is also free for each and every area, in In this article, we are going to explain in which countries PubG Mobile Lite is free.

This optimized version at the moment is found in certain selected areas, a large part in South America, Asia (including Southeast and South Asia) and North African countries, which you can download the Lite version officially from the Play Store. It is expected that little by little PubG Lite will expand in the same way as VO, possibly in the coming months it will reach Europe and North America. At the moment there is no type of data stipulated for its expansion, so you will have to wait for news from Tencent Games.

PubG Mobile Lite is a much lighter version than the original, you only need four hundred and ninety MB of storage to be able to download it, which is considerably more comfortable for any low and mid-range device, those that have a fair amount of storage for the main applications of the phone.


This format maintains exactly the same structure of the original game, only that instead of one hundred survivors per game they will be able to play sixty, and with somewhat lower graphic quality.

What age is Apex Legends for? ❯

add a comment of Countries Where is Libre PubG Mobile Lite